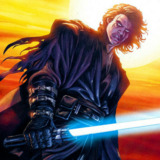 So, i decided to create respect thread for MCU Thanos, who is one of my favorite MCU characters.

Also, this will be base Thanos RT

Thanos is without doubt strongest being in MCU, excluding abstracts

The Vision was constructed with artificial tissue and vibranium synthetically, and Ultron intended for him to be a superior body to his existing vibranium form, meaning Thanos would need to break vibranium here not just artificial tissue, and Vison was durable enough to tank Ultron hits without any harm, same Ultron made Thor bleed with his hits

The Tesseract is as at least as good as a real one, considering that

Refers to the hypercube and 4D in Howard Stark's journal

And this is what scientist said about this

"But Cranford concluded that squeezing the cube to dust required a force equal to 42,000 tons"

And Thanos did this effortlessly with just his grip strength alone, meaning his full-body strength is far higher than this

And survived hits from Hulk without his neck-breaking

This is impressive for a few reasons

1. Russo brothers have said that Thor was stronger than ever in the endgame

2. Thanos did it effortlessly, we clearly see him laughing while pushing Stormbreaker and Thor was using his full strength to stop him yet failed miserably, only reason Thanos pushed it slowly was him being sadistic and wanting to hurt Thor more

Hulk was also able to effortlessly jump multiple kilometers while carrying himself, Thor and Valkyrie (close to 1-ton in weight).

This is very impressive because of Iron Man's durabiltiy, but we will get to that later

This is impressive for a few reasons:

1. She effortlessly stopped building-sized hypersonic missle, which is far superior to just lifting building, then she threw few thousands of tons 300 meters against gravity and against its thrusters that were strong enough to push missile at hypersonic speed, this is easily feat in hundreds of thousands of tons range and Thanos overpowered her

Even more impressive part is this, Thanos has effortlessly thrown Captain Marvel 20 meters with enough force to heavily daze her( nearly knock her out) for 7 seconds

He threw her 20 meters and Carol was not seen again for 7 seconds and we all know that Carol can fly at least at massively hypersonic speeds, this is very impressive because of a few reasons:

1. In the same move Carol no solled flying through Thanos ship at Reentry speed with enough force to destroy it, Thanos ships can also no sell reentry impacts

2. She also no solled his missiles that can blast thurgh Leviathans

All in all very impressive feat

Finally, his most impressive feat, here Thanos overpowers SW telekinesis and forces her to use full effort to mach his strength, she needed to use her full power to mach him and stop him from kiling her, meaning his strength and her TK are comparable

Same SW easily tore his armor to pieces, same armor that can tank Hulk hits and that also shows that Thanos is more durable than his own armor when SW was crushing him, his armor was breaking but his skin was not even scratched although he was in pain

Note: BP can tank hits from Rhino that sent him flying 70 meters

Note: SW TK blasts are powerful enough to virtually atomize Ultron bots( that can tank truck destroying hits without their body being damaged)

And are also strong enough to break Thanos sword

Which can tank hits from Stormbreaker and Mjolnir

Thanos kicks Thor so hard that he struggled to walk after this and had blood coming from his mouth, granted Thor was alredy hurt ( but he was not hurt that much before this tbh)

Note: Hulk was able to easily tank around 50 extremely fast hits from Hulkbuster which has equal striking power to Hulk without being knocked out, bleeding or even being dazed

He also nearly killed Loki in just a few hits

Thanos nearly kills Thor and knocks him out in only 5 hits to the face, Thor's face after this was full of blood

Later, Thanos one-shotted Thor with headbutt after he recovered

This is an extremely impressive feat because Thor is extremly durable

This is impressive because

1. The Asgardian ship is at least as big as skyscrapers

2. The ship is made from material far more durable than concrete/ steel

so this material( that ship is made from) is much much more durable than even steel, like tens of tousends of times more durable, yet this explosion disintegrated this entire ship

3. We also see that explosion sent 50 tons parts of a ship flying more than 3 kilometers and those parts crossed that distance in 1 second, so it sent them flying at hypersonic+ speed, that is like sending human( who weights 100 kilograms) hundreds of kilometers and they showed no signs of slowing down so they went go much futher then we saw

So this is easily multi-city block-level durabiltiy feat

And this is very consistent

Even more, evidence to confirm that is this:

Weaker armor, the Mark 4 armor is able to output 8 Gigajoules per second via the arc reactor.

The Mark 6 is superior considering it used an advanced arc reactor with a new element. And for comparison, 1 ton of TNT ( which is multi-building level) only produces 4.184 gigajoules. So here we see that Iron Man's Unibeams in weaker armor are building+ level and this was stronger and extremly amped Iron Man, so that attack was at least city block level and Thor no solled it and that was very weakend Thor

He also tanked 12 hits from Hulk without even scratch

So Thanos knocking him out and nearly killing him in only 5 hits is an extremely impressive feat, it is least multi-city block-level feat, far above any striking feat in DCEU and MCU

Note: Iron Man's armor has no solled building-sized meteor hiting it at Reentry speed in the same move

Which is impressive because:

Note: Doctor Strange's shields are durable enough to no sell missiles from Thanos 's ship that can blast through Leviathan's

even Hulk can only dent Leviathan's armor

And those missiles can also create a 1-mile wide crater

Nothing moves. The smoke clears, revealing...A BOMBED OUT CRATER A MILE WIDE. Avengers Compound has been destroyed.

So, Thanos disintegrated something that can no sell this, a ridiculously good feat

Again showing just how far above Hulk Thanos is

He no-sells Iron Man's rockets that can destroy tanks

This shows that Thanos can no sell building+ level attacks

Tanks many hits from Hulk-like nothing, without any harm and Maw( who knows Thanos very well) has said that Thanos was having fun, once Thanos decided to fight back Hulk got stomped

Some people say Thor was hurt, and yes he was but Thor does not get much weaker when he is hurt and he was not much hurt here, he could still move and attack at great speed, UFC fighters even when they are hurt and when they bleed can hit as hard as when they are not hurt, so Thor 's strike here was just as strong as his normal strike yet Thanos no solled it

This shows Thanos can no sell Thor's hits without Mjolnir

Same Thor has sent Hulk flying through 100 meters of thick alien steel with enough force that Hulk made 100 meters long, 3 meters high and 1-meter deep crater in that metal

Same Thor has also consistently hurt Hulk with his hits ( and Hulk can tank hits as strong as his own ) so his hits are not much weaker than that of Hulk, yet Thanos no solled them here, he literally did not even feel them

It did nothing to him, he did not even scream in pain, it just moved him ( something 616 Cap has done to 616 Thanos, that has nothing to do with durabiltiy, it has to do with weight, Thanos was not braced )

Note: Mjolnir is strong enough to destroy city blocks with a mere shockwave, shockwaves are much weaker than the original hit

Also note: This is arguably best-piercing durability feat in LA, Thanos tanked vibranium shield to face from worthy Cap without being cut

Regular Cap can send his shield deep into Ultron's body

He also cut bulleptroof robots in half with casual throw

And that is regular Cap, worthy Cap shield hits ( when he uses Mjolnir) are tens of thousands of times more powerful piercing attacks that that of a regular Cap

Tanks SW TK blasts like nothing, same blasts are strong enough to virtually atomize ultron bots and break his sword( which can tank hits from Stormbreaker and Mjolnir and no sell amped iron man Unibeams)

Thanos tanks Thor's lightning with ease, he did not even scream in pain, it only pushed him back( when he was caught off the guard)

He tanked blast from Iron Woman, Shuri and Wasp the same time without any injury at all

Tanks a blast from Iron Woman, Shuri & Wasp at the same time.

So, Hulk is consistently fast

Caches Spiderman before he can react

The same Spiderman can easily dodge a point-blank bullet

Dances around Thor with ease

He easily beats Thor on a draw, he was able to get up( after Thor blasted him with lightning) and shot energy beam before Thor could throw his wepon at him

Agian proving that he is faster

Dances around Thor, Cap and Iron Man the same time, easily deflecting all their attacks

In the same move, repulsors moved 30 meters at FTE speed, it looked like they crossed 30 meters instantly

Also, Thanos himself has effortlessly moved as fast as repulsors while deflecting them at point-blank range

Thanos is much more skilled than Thor, Loki, and Hulk

Joe Russo: ''He’s a much more polished fighter than the Hulk, and Thor, and Loki.''

Note: Thor himself is skilled enough to stomp group of best shield agents without his powers

Agent Coulson: ''You made my men, some of the most highly trained professionals in the world, look like a bunch of minimum wage mall cops. That's hurtful. In my experience, it takes someone who's received similar training, to do what you did to them. Why don't you tell me, where you received your training?''

Thanos dances around Thor, Cap, and Iron Man at the same time