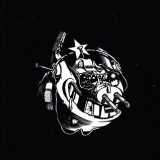 Clark Kent sat in his new apartment watching the latest anti Superman speech by the man in charge of the Daily Planet and coincidentally his boss, Perry White. He was one of the many thousands rallying against the Man of Steel ever since he appeared a few months ago in Metropolis. Now their biggest supporter was on the Sam Endocrine Show for the 3rd time to discuss the much debate topic of what to do about Superman.

David(excited/shouting): Hello everyone and welcome to another episode of the Endocrine Show, im your host David Endocrine and joining me today is the Editor-In-Chief of our very own Daily Planet, Perry White!

From behind the stage came a short middle aged man with brown, graying hair in a black business suit with a red tie and one of his trademark Cuban cigars in his mouth. Reaction to his appearance was mixed, his supporters applauded and cheered while the Superman supporters booed and gave him thumbs downs. He took a set next to the host and crossed his legs.

David (excited): Great to have you back on the show Perry!

Perry: Im glad to be back.

David (curious): So Perry, you’ve been on the show a few times in the past to voice your distaste of the vigilante known as Superman, why is that?

Perry: While I do have issues with Superman taking the law into his own hands, my biggest concern is that he’s just too damn powerful and we give him too much freedom. During his numerous appearances eye witness accounts have seen him lift trains into the air as if they were nothing but pieces of paper. Take a hundred bullets all over his body and just shrug it off and shoot lasers out of his eyes. We simply cannot allow a man with that much power too just fly around the place and take the law into his own hands.

David (curious): But Perry before Superman showed up in Metropolis we were facing a massive increase in criminal activity, many experienced police officers including the police chief himself said that if it weren’t for Superman, our city would have become a second Gotham within a decade or less. There are many who call him a hero and think he shouldn’t be persecuted.

Perry (annoyed): It’s true he’s gotten results and ill give him that. But what if he stops being this guardian angel that so many people see him as and he tries to take us over? From what we know now he apparently has no weaknesses and if he ever did try to impose his will on us we would be completely defenseless. Tell me Dave what’s stopping this guy from going crazy with power and becoming the next Hitler?

There was a brief silence as Perry looked around the room too see if anyone would present a counter argument, there was none.

Perry: Exactly, and this is why this Superman should just quit now while he’s ahead before he…..

All of them discussing the same topic as Perry and David were a few channels back, Clark’s patience had run out and he threw his remote into the TV, shattering the glass into a hundred little pieces on the floor. Upon breaking it he immediately calmed down and sighed. He then got out of his chair and examined the damage hoping it might be fixed. Then he noticed that the remote went through the TV and pierced the wall. He rubbed the back of his head and stepped away from it.

He walked away from the TV and entered his bedroom; he took his shirt and glasses off and simply dropped onto his bed and closed his eyes hoping to get forget about his problems and the few thousand people calling out for his head.

Clark had slept sleeping for a few hours now in relative peace. He once heard a group of people protesting about Superman and promptly covered his head with his pillow and drifted back into sleep. At about 2 AM his cell phone started ringing on his night stand.

After a minute the cell phone stopped ringing only for it to go off once again, he got out of his bed and picked it up noticing that it was Lois calling him. He put his glasses on and answered the call.

Lois (excited): Smallville! Get your lazy ass out of bed and meet me and Jimmy at Hyde Park. A dead woman was found there!

Clark (annoyed): You woke me up at 1 AM to tell me a woman was murdered?

Lois (excited): Don’t be such a baby, just get down here right now!

She hanged up before Clark could argue with her anymore. He then got out of his bed and used the Kryptonian biotech inside his body and suddenly from his body the nanites formed his silver Kryptonian suit, on his chest they formed his family symbol and a long red cape on his back. Once he was ready to meet with Lois he pressed a small button in his gauntlet and contacted the drones within the Fortress of Solitude.

Superman: Im going out T-7 and I need Clark Kent there, you know what to do.

T-7: Of course master, I shall arrive there shortly.

Superman nodded and turned off his communicator, he then flew out of his apartment across the night sky of Metropolis to investigate this murdered that had Lois all riled up.

Lois and Jimmy both stood at the forefront of a giant crowd of reporters that were all shouting questions at the police officers who were holding them back at the barricades. News of the bizarre murder spread quickly and everyone wanted a piece of it, especially since it could be related to Superman.

Lois (angry): Listen buddy! Tell your boss too let us through right now or ill….

Jimmy (nervous): Lois calm down! We don’t want to be arrested for disturbing an ongoing investigation.

Lois (annoyed): Speak for yourself Jimmy, if we the Daily Planet doesn’t get the exclusive scoop on this one Parry will have our asses and im sure you don’t want him to be even angrier at you after your last screw up.

She shoot daggers at him causing the young photographer to lower his head in defeat, Lois then turned her attention back at the police officer and was just about ready to start arguing with him again when Clark showed up immediately trying to calm her down.

Clark (calming): Jimmy has a point Lois; you don’t want to start another argument with the cops. Remember the last time you argued with a cop? Besides what’s the big deal with this murder anyway?

Lois (annoyed): The big deal Smallville is that Superman might be involved in this!

Clark (curious): What makes you say that?

Lois: Because eye witnesses stated that they saw a man holding her up by the throat and smashed her into a wall, after a few minutes they saw him jump 20 feet into the air and over the building, you know anyone else who can punch people through concrete and jump 20 fee into the air?

He just stood there thinking about it for a minute; he then smiled which caused Lois to raise an eyebrow.

Clark (pleased): Well if you think Superman’s the prime suspect then you can ask him right now.

She turned around and her eyes widened as she saw Superman descending from the sky and into the large group of officers that were examining the corpse. Several of them starred at him in awe and stepped out of his way as he walked up to the chief of police. His name was Chief Johnny White, son of the famous reporter and anti Superman activist Perry White and it showed.

Unlike his short father, Johnny stood about at 6' 3" (190 cm) just a little shorter than Superman; he looked like a much younger version of his father and was even smoking a cigar much like him. Unlike his father he was actually on Superman’s side something which got them into heated arguments as of late.

Johnny (happy): Good to see you Supes. Sorry about my old man toni….

Superman (stern): Its fine Chief, I’ve gotten used to it besides it’s nice to see that there are some people who don’t hate me.

Johnny: More than you know, but im sure you’re not here too just chat it up with me.

The Man of Steel simply nodded and walked with the police Chief to the body of the murdered woman, his eyes widened at the sight of a shriveled up, grey skin and a crushed skull. It was as if some one literally sucked the very life out of her. He started examining the body with his vision and it was just as bad on the inside as it was on the outside. She had no blood left in her system, her bones were old and broken, and it was as if he was looking at the body of a 90 year old woman.

Superman (curious): Who was this woman?

Johnny: Diana Alders, 21 year old waitress who worked at a bar just across the street, she was walking to her home when a flying man took her by the throat, smashed her head through the wall and apparently did this to her.

Superman (thoughts): Great, a man with super powers killing a girl…. Perry’s going to have a field day with this.

It was then that he heard some one scream in the distance, he closed his eyes trying to pin point her exact location.

Woman (screaming): Help! Somebody get this monster away from me!!!

Superman (thoughts): The screams….. They’re coming from the north side of the city…… At Wellingtons Street!

Superman (worried): Chief! There’s a woman being attacked at Wellingtons Street, I think it’s our killer.

He immediately flew out of the alley and towards the killer at full speed, as he got closer the screams became fainter and fainter with them stopping completely by the time he reached the ally, he landed on the ground and saw a completely destroy ally with crumbled walls and blood splatters all over them and the street floor. As he walked to the end of the alley he saw yet another shriveled body similar to the one he had just examined. He scanned it with his enhanced vision and it was indeed the same killer.

Parasite (pleased): That would be me.

Superman’s eyes widened and he immediately spun around only to see a giant purple creature with blood red eyes standing behind him, the creature smirked as it grabbed him by the head with both his clawed hands, Superman tried to break free only to find his power growing weaker and weaker with each passing moment.

Superman (scarred): What are you doing to me….

Parasite (happy): Oh nothing, just sucking the life out of you is all, dont worry the real pains about to begin and I promise it wont its just as horrible as you think it is.

The creature started laughing sadistically as the struggling Man of Steel was desperately trying to break free of his grasp.