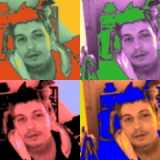 Dogpound is a duplicate of Rahzar

I am proud to announce, I CV's own vintage editor, Eganthevile1 am now in charge of Wikia's Deadpool site, I would like to invite any DP fans to go nuts on my Deadpool website, I know CV has limited restrictions for one hero, but I am happy to say we have no such restrictions!

comicvine, I will of course advertise you on Deadpool wiki!

Years later, proof other sites copy off comicvine, google or bing search Sean Penn Dr. Strange.... there are images for it now and everything LOL, just something I randomly thought up now has snowballed into a ton of people wanting Penn as Dr. Strange... wow, I missed my calling in casting movies.

I really do not agree with newbie writers killing off classic characters EVER. It always ends the same way, the issue is bad, it pisses off the fans, the writer is shunned, another writer is brought in to undo it.... Enough with this song and dance, and just stop killing off main characters or doing outlandish things with them..... We like them the way they are.... THAT"S WHY THEIR COMICS ARE BEST-SELLERS.

Well, I won't argue against your theory, but lets examine it a bit on just animation...

The unified animated series that composed the DCAU:

The Zeta Project (ABOVE AVERAGE)

Ghost Rider (cancelled prior to the pilot episode airing)

So yeah, DCAU does hands down beat MAU... Of course that is only comparing their two unified animated universes, neither has tried that in years.

Just curious, I know Disney has made it clear they will not allow rival studios to have stranglehold rights on Marvel characters, and I know especially with Spider-Man they feel limited, but when do these rights expire? And furthermore, are you looking forward to a completely unified Marvel Movieverse?

Oh and on a side note.... Universal Studios Islands of Adventure's Marvel Super-Heroes Island.... That has got to be pissing Disney off, LOL.

I would have voted for the Spider-Mobile personally, Spider-Man's very short lived dune-buggy he crashed into the east river seemed odd at all angles, 1: He could move faster web-slinging then NY traffic would allow a motor vehicle. 2: Where the blazes was he keeping a Spider-Man themed vehicle in NY when he at the time lived with Aunt May.

Marvel's Earth X was both weaker in shock value and establishment, came off as an elaborate issue of What If?