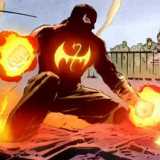 Alpha Flight love is hard to come by...

As a Canadian, I find I always pay attention to the Canadian influence on things. I know which actors are Canadian, which musicians and bands, and yes, which comic characters and creators.

I know that Canadians are rabid comic fans. Even when the American market is in a slump, Canadian sales are usually great. We love us some comics. And the most famous Canadian superhero is one of the most popular superheroes of all: Wolverine. We'll pretend not to notice in the first X-Men cartoon, when they made him Australian.

But for some strange reason, the only group of Canadian superheroes in prominence, Alpha Flight, seems constantly relegated to joke status. I notice that the characters that were created (most during the X-Men, with a few being added in the pages of their own book) were created at insane power levels! As I've been trying to add to their entries here, I've been reading up on these characters.

Please note, I've always been a fan, but sometimes I forgot how powerful they all were.

Shaman: basically, the only reason this guys second to Dr. Strange is because Marvel says so. He appears to be able to do almost ANYTHING. I'm not even going to mention his more powerful daughter, Talisman.

Sasquatch: A combination of the Hulk and Wolverine. He can lift a fully loaded jumbo jet at full throttle and casually throw it backwards.

Northstar/Aurora: The two fastest characters in the Marvel U, who can, unlike the Flash, fly, blast and blind people, and are only hampered by multiple-personality disorder or anti-gay sentiment.

Guardian: Has been shown blasting and hurting GALACTUS, something very few other characters get to do, unless they got their power -- that's right -- from GALACTUS.

Puck: A character who is invulnerable, agile as Spider-man, and can SNEAK UP ON WOLVERINE! And Wolvie's fine with that.

Marrina: Basically, Sub-Mariner on crack. She is faster, can control water, and when really mad, morphs into Godzilla's meaner brother.

I'm not going to get into the later Alphans (Box -- Hey, let's combine Iron Man and a shape shifter!)

So, where is the hate from? These guys are probably the most powerful, long-running group that Marvel has, and they're never seen leaving Canada (except to try and bring back Canadians like Wolvie), and they have no respect! Bendis kills them off with a guy he then beats (not that difficultly either) by the New Avengers! A team that, as far as I can tell, is far weaker than the regular Avengers!

I know, I'm ranting. I think it's time for some Canadian love. We produce the funniest actors, and the most powerful superheroes. Give us our love. It seems the only way to make people excited about the Alpha Flight was to kill them off, then bring the team back with at least 2 Americans and an alien on it. Seriously? You kill off Sasquatch, and give us USAgent? Puck is gone, but luckily, we have Arachne?