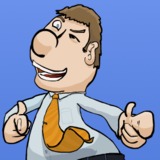 I'm trying to remember a comic I had when I was a kid that I no longer have.

I got it from a $1 box some time around 1996-1997, but I remember it seemed like it was slightly older (likely early-mid 90s, possibly late-80s).
The issue starts off with Superman having just finished a fight near some water (possibly at some docks?), he then has to fly off and do other stuff that I can't remember. Brainiac may have been involved, but I could also be making that up.
I remember the "Superman" title text being fairly prominent on the front, so if it's Action Comics it would be from the era of the giant Superman logo. Or could it possibly be an issue of Superman: The Man of Steel?

Anybody have any idea what issue this could possibly be?

@pikahyper: Ah, whoops! I saw those but must have missed the name change thread. Anyway, thanks!

So, I was looking through some of the Battle Angel Alita volumes on the site. Most of them are correct, but there's one that stands out to me.
This one: http://www.comicvine.com/gunnm-last-order/4050-50250/

Now, there is a series called "Gunnm: Last Order", published by Shueisha starting in 2001 in Japan... however, all of the issues listed on this page are for the original series, simply title "Gunnm", not the sequel, "Gunnm: Last Order".

Even the release dates for these issues are for Shueisha's release of the original series, going from 1991 to 1995.
You can see both editions of the English release of the first series below -

Hey there guys & gals! I figured I might as well start up a topic on here where I can post some of my artwork.

I typically focus on cartooning and rarely venture into anything very realistic looking.

Nicely done!
Very reminiscent of Salvador Dali.
I love the attention to detail that you gave everything, as well, it really makes the image stand out.

This stuff is cool! I love the way you do your lines. All of those hard angles give the images a slightly disturbing vibe, which I love. Plus, those expressions are really nice.
I think my favorite out of these 5 would be the third one down, or perhaps your take on Cruella DeVille.

Is there any place I can see more of your art? :)

So, I've never been a huge collector, and simply enjoy reading through comics more than collecting them for their monetary value.

Thus, I'm always surprised when a first edition print gets sold for so much money.

I mean, I can understand if things were changed between the first, and subsequent printings, perhaps if something was censored... but many times they're exactly the same, aside from a single number being changed in the copyright information. In those cases, I think I would actually prefer a more recent printing compared to one that is 20 years old as it would most assuredly be in better condition.

So, can anybody explain to me why many people consider a first edition as being better than a re-print?

So, thinking about how both Wizard and CBG have folded in the past few years, it got me to wondering... Do print publications about comic books still have a decent readership, or has mostly everybody moved onto various internet sites in the vein of ComicVine?

Can anybody suggest some popular print publications that focus on comic books?

Afterlife with Archie #1 & #2 both did fairly well for them, what with the whole Walking Dead zombie craze and whatnot. Also, Sonic the Hedgehog still tends to rank somewhere in the middle each month (Sonic Universe hasn't been doing quite as well, but it's still up there).

They have pretty decent subscription rates, so If I had to guess, that's probably where a lot of their business comes from, especially from the die-hard Sonic fanbase.

who here thinks John stewart should be in the next Green Lantern as Hal's partner/replacement. BTW I think Will Smith would play an excellent John Stewart.

I think Jaime Foxx would be a better pick for John Stewart.