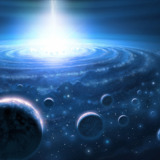 @dshipp17: I've decided not to convert to any denominations because I think all add something really unnecessary to Christianity, especially Catholicism which tarnishes true Christian spirituality, and I don't know how spiritually reliable these denominations and churches are. Besides, I'm not openly a Christian in real life, very few people from my real life know I'm a Muslim turned Christian, even my family aren't ware of my conversion. I can't go to any local churches without getting seen by my local Muslim community, if I got seen it'd cause a really awkward situation. Heck, I still go to my local Masjid to pose as a Muslim by performing some of my daily Islamic prayers (but I don't actually pray, I pretend), and I still read my Quran to remember how to read Quranic Arabic and remember my surahs, though I only pose by reading.

How long do you think that you will have to be a Christian in disguise?

I think you're misunderstanding a bit here; similar to going to the Mosque, this is about going to Church; but, in order to go to Church, the Church will be apart of a denomination; since you don't want to commit do a certain denomination, that's fine, but, at some point soon, start attending a Church (e.g. and you can attend a Church that's apart of any denomination; that's essentially what I do, it's just circumstances have me committed to a Baptist Church for now, but, I'm also becoming comfortable with the Baptist denomination); in other wards, along as you attend Church, despite the denomination, for the most part at least, you're still devoting yourself as Christian (e.g. if a Catholic Church were the closest Church near me, I'd be attending that Catholic Church, although I might be disagreeing with some of the practices and rituals taking place there; it's just a matter of being devoted to attending a Christian house of worship; I couldn't do this with a mosque; I could probably get away with attending a Synagogue, if I so chose, as I'm worshiping God the Father, except there are plenty of Churches around and I'd have to go out of my way to find a Synagogue).

@radioactivehaggis: I'm not in any weird limbo. I've converted to Christianity, but I've not decided what denomination to follow.

I'll probably make more blogs to expose Islam as an evil and Demonic idealogy, this will just be the start.

I think what you should try is sampling the three or four main Protestant denominations, at least in the United States; that would be Baptist, Church of Christ, Methodist, and Presbyterian, and see which one starts to feel most comfortable for you; it's not really that one of these would lead you off on a beaten path that's actually away from Christianity, it's just which one you'd most prefer; you can even just try these interchangeably for a while at a number of different churches; I believe that I'm attending a Baptist church now both as a combination of preference and convenience, given my limiting finances and how it limits any type of transportation mode for me.

But, I would swing to the other ones that aren't Baptist; all denominations are a good choice, it's just that you'd have to pay attention to the things that the preachers are preaching (e.g. while both African Americans and some very right wing Caucasian conservatives share the Baptist denomination in common, the right wing pastor is likely saying things that are way off base or offensive; don't let something like that sour you to Christianity, as some people do, it's just a sign that you may want to consider abandoning that particular church and going to another church; there are Caucasian Baptist churches that would take a very different tone and would have a diverse congregation; people who use their being soured by Christianity as an excuse to abandon Christianity altogether merely shows that they never truly had that truth in conviction in the first place, so, it's really not an excuse at all (e.g. and these would be basically all the people who decide to convert from Christianity to Islam, even though this applies to becoming secular, agnostic, or atheist); if you have truth in conviction, you wouldn't allow say Church's chicken to cause you to abandon fried chicken altogether, you'd simply go try another chicken restaurant like KFC or perhaps just get home cooked fried chicken; people who claim something had soured them to Christianity should know this analogy quite well, so, it's as much of an excuse as letting someone's bad cooking turn you away from something like fried chicken, you wouldn't let it happen, you'd just know that that specific individual was a bad cook).

Maybe this will be temporary; probably can just decide to restart the podcasts, once the loss of a staff member is resolved, perhaps by the inclusion of a new staff member.

I dropped this series when it was meh. Has it gotten any better?

Looks like this issue is heading to be good and some progress is going to be made (e.g. the comment on starting operation, Godwatch). And, I'm really looking forward to the interaction between Ferdinand and Diana in this issue, going forward; I'm definitely going to be buying this issue at Comixology for Ferdinand's interaction with Diana and the tight, short skirt on Veronica, and the way she's drawn; this artist is good at drawing Veronica.

This is looking good. And, I'm happy that Ferdinand was the only one able to snap Wonder Woman out of her fix. A great initial interaction between Diana and Ferdinand. And, glad to see that Veronica knows things about Ferdinand.

Congratulations and nice to hear. A great overall website to enjoy posting comments about nearly anything and comic books.