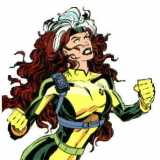 Who in Marvel U could take on Superman?

I know there have been crossovers before such as Spider-man vs Superman and Hulk vs Super-man.  Who would stand a chance against superman in the marvel universe?

With the power Energy Absorption could she absorb all of Superman’s power like she did Ms.Marvels. Although she would have to get close enough to him and superman has long ranged attacks like heat vision and ice breath.  (Chance of success 6/10)

With powers such as Psychic, Telekinesis, Blast Power, Telekinesis, Flight, and Heat Blasts, this would be a match up worth seeing. On Brute strength alone superman would have the advantage but with the end list of power phoenix possess would he be able to. (Chance of Success 9/10)

He would match sups in power and strength but he lacks the powers of superman like flight heat vision etc. Would hold his own but I don’t think he could defeat sups (chance of Success 4/10)

Tough battle could go either way, they both seem evenly matched. Would come down to the wire but probably one of the most likely to defeat superman(chance of success 9/10)

Another tough battle, but if superman is able to separate the surfer from his board game over, but easier said than done. (chance of success 8/10)

Blogs Created:
1 blog
Most Commented blog:
Who in Marvel U could take on Superman?
Total Comments on blogs:
157 comments