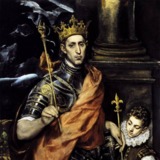 OH MY GOD WHAT THE HELL IS HAPPENING TO COMICVINE?!? AGAIN?!??!

You can't go five seconds whenever Frankenstein is brought up to conversation without people complaining how Frankenstein monster is always named after its creator. Indeed, this isn't too far from the truth, but its ironic when you think Dracula - another classic monster from literature that had a much greater influence in popular culture than Frankenstein - gets a lot of things misunderstood by the general public and no one corrects them. It makes you wonder if the people who claimed reading Frankenstein has also read the original Dracula novel as well, because when you get down to it, the Dracula mythos get a lot of things wrong from its source material. This list below doesn't begin to cover everything, but its the major things people keep mistaking over...

7. Dracula Could Walk Under Sunlight

Its rule of thumb in vampire fiction that they burn into direct contact with the sun. Its funny when you realize that the work that popularized the genre in the first place never used this trope. In the novels, Dracula suffered no actual damage and could walk during daytime. However, it was noted he was much more vulnerable under the sun and could not use his powers either, so he preferred nighttime. Even further, the typical vampire legends and the books that preceded Dracula (like Joseph Sheridan Le Fanu's Carmilla) were never said to be hurt by sunlight either.

The death by sunlight was first used in Friederich W. Murnau's Nosferatu, which was supposedly a adaptation of the book, Stoker's widow, who owned the copyright, refused permission. So Murnau and his team said "fuck it" changed the characters' name, simplified the plot, and tried to pass Nosferatu off as an original story. At the end, instead of having the vampire hunters slaying him like in the novel, Murnau couldn't find a proper way to kill Dracula (or Orlok as he is called in the movie), so he pulled one out of his ass by having the heroine tricking the vampire into drinking her blood, distracting him long enough for the sun to rise and destroy him.

In some vampire stories, they keep a human thrall to guard them while their masters sleep during daylight and do their bidding with the promise of being granted eternal life. This was based on Reinfield, a insane individual under Dracula's control that was seemingly convinced that eating live bugs, birds and spiders can extend his lifeforce. More often than not, he is depicted as a state agent that was sent to Transylvania before the story' protagonist Jonathan Harker and returned batsh*t insane and completely devoted to his master.

While the madness part is still true, most of these accounts are incorrect. Reinfield was a lunatic asylum inmate that already suffered a compulsion to consume live animals and while was convinced to worship Dracula, he spent all his time locked up in his cell doing absolutely nothing. The bug-eating henchman was based on his incarnation in the Bela Lugosi's movie which in is the blueprint which every Dracula movie is based on. He was not even slavishly loyal in the novel either; once the heroine treats him with kindness and concern, he warns her that the Count is coming for her and when he confronts Reinfield over his betrayal, he murders the madman in his cell (in retrospective, it was very common for Reinfield or the human thrall to be murdered by Dracula's own hands in many adaptations for failing him).

5. Van Helsing Was No Action Hero

The first things that sprout to mind when you hear the words Van Helsing is "Hugh Jackman" or "old badass". It is very common to depict the German Professor Abraham Van Helsing as a experienced, highly trained kickass vampire hunter that serves as Dracula's arch-nemesis and has a history with him and score to settle for reason or another.

While in the books, Van Helsing do help destroy the vampire, he was not exactly a badass Victorian-period Arnold Schwazeneger. Just a very talented scientist having MD, DPh, D. Lit, Etc, Etc in his title that never even faced a vampire beforehand. He doesn't even know they are dealing with vampires once he is summoned to treat one of Dracula's victims, and only through immense research during the events of the story after her death, he discovers how to fight back against the vampires. Its not even him that deals the final blow to Count Dracula, but rather Jonathan Harker and his friend Quincey Morris.

4. The Brides Were Never Called Such Thing

Everybody knows of Dracula's brides, three beautiful and seductive vampires who resides in his castle and serve as his company. They are alluring, but deadly creatures that attempt to seduce the heroes into their doom and sway the heroine into their side once she is afflicted with vampirism. They serve as a grim reminder of what will happen to the heroines if Dracula isn't vanquished...

Its easily assumed by the crowd that they are Dracula's consorts, but in fact, their nature is not actually revealed in the detail, nor they are referred as such in the narrative. They are referred as sisters by the characters and that they were not loved by Dracula, but its said that he once loved them in the past. Its not made exactly clear by Bram Stoker and up to debate what they are.

Unlike popular depictions that have them with varying hair colors or shades (like one blonde, one brunette and one redhead like in Van Helsing), in the book there is one blonde, which is viewed as the leader, and ironically, enough the youngest among the three, and two brunettes, that have highly aquiline noses similar to the Count, implying that they are related in some way, either being his actual sisters or daughters and making it f*cktons creepier if they indeed are his brides.

With a very, dark, mysterious fellow carrying a very aristocratic flair and being able to seduce women with ease should come to no surprise people would picture him as biggest playa imaginable. Having being portrayed by so many studs in several adaptations, it may come as surprise that Dracula was ugly as sin in the original novel!!! At the start of the book, he looks very old and is described as having with bushy mustache, "a cruel looking mouth" with blood red lips and sharp teeth coming out of them, a highly aquiline nose (as described above), pointy ears, a uni-brow and hairy palms. This freaks the protagonist Jonathan Harker a little as it gives a clue he might there is something inhuman about.

This is actually a very interesting aspect, because as he looks old in the beginning of the book, but rejuvenates over the course of the story, as he feeds on the blood of the women. The only adaptation I can remember deploying this plot device is 1993's Bram Stoker's Dracula, where he was played by Gary Oldman and he looks simply laughable in old person' make up with butt-cheeks hair. One of the things that movie gets somewhat right, unlike the following two things.

2. ...Neither He Was Sympathetic

One would assume he is tired of his undead existence and just wants to move out to England to enjoy the new world as the usual cliched vampire bullsh*t you heard a thousand times. Except not really... Dracula in the books had not redeeming qualities whatsoever, he preyed on young women with his attacks being reminiscent to rape (he outright rapes one of his victims in Bram Stoker's Dracula!), he specifically targets one of them to hurt the heroes, hands a baby over to his Brides to feast upon and when the mother comes knocking demanding to give her child back, he kills her. Its implied he was planning to take over England before his plans were foiled by the vampire hunters, and forced to retreat back to Transylvania. Its also assumed that in life he was a evil sorcerer and necromancer that dabbled in dark magic, having learned the secret of immortality by becoming a vampire upon his death.

And as if that wasn't enough, he was based on none other than Vlad III the Impaler Dracula, a notoriously cruel tyrant that was fond of having dining before a field of people being impaled in extremely gruesome ways. While Vlad is remembered as hero for having defending the land from Ottoman invaders and as brutal his acts might have been they were seemed as necessary at the time, these accounts still served as inspiration to make the fictional Count Dracula one unredeemable bastard. Also tied with the biggest thing that people keep getting wrong about Dracula...

1. There Was No Reincarnation Love

Its generally believed that Dracula targets one of the heroines (Mina Harker in particular) because he thinks she is his reincarnated wife from their previous life, that probably committed suicide when she learned false reports that he died while fighting the Ottomans just like in (once again) Bram Stoker's Dracula. Mina falls madly in love with him despite being engaged to Jonathan Harker as well as Dracula raping and killing her best friend Lucy, she wants to be with him for all eternity and begs him to turn her into a vampire, but he is initially reluctant (doesn't this sound familiar?)

Except that in the novels, there was never anything romantic even hinted between Dracula and Mina. In fact, he specifically attacks her to punish the vampire hunters for thrashing his resting place, threatening to kill her and her husband if she so much screams for help, feast on her blood and forces her to drink his, afflicting her with vampirism. In turn, she is repulsed by his physical appearance and is visibly disturbed for the attack she endured. She does however expresses some pity toward the Count, specially when he dies, but that is it. In fact, she was portrayed as a much stronger female character in the original novels than in most adaptations that came afterward, as she goes from a very determined, strong young woman that helps the heroes to hold it together and track Dracula down to a weeping, hysterical damsel in distress that is often in love with Dracula. *Sigh* its a shame to see characters wasted like that -__-

Well thank you guys for reading it, I hope you enjoyed it. If you read the Dracula novel, what do you think of it? Which Dracula adaptation is your favorite?