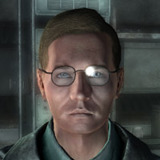 Affiliation: Himself, His Friends, Formerly CDC

Telepathic Communication: Steve is capable of telepathic communication with Cockroaches. He can command them to act individually to accomplish a task. They are his mental slaves and serve him with their lives. He can communicate in this way with any Cockroach within a 2 mile radius of himself, and can even birth them from his own skin when mutated.

Foreign Chemical Resistance: Steve is nearly immune to any form of poisoning or medicine. He is completely unaffected by poisons, nerve gas, radiation, drugs, etc. He is also fire-retardant, and does not burn easily.

Enhanced Durability: Although you couldn't tell by looking at him, Steve's skin is as strong as his bones. It is still flexible and can bend, but forms a protective exoskeleton protecting him from injury. He also has an extremely high pain tolerance and fast healing, as he could have his arm cut off and survive without help for a week. He's survived severed limbs, veins and arteries, many broken bones, brain damage, rupturing of vital organs, and pretty much every nasty thing you can imagine happening to a guy with no long term ill affects. He has survived blows from incredibly strong superhumans as well. He can survive for a year without food or water, and 6 weeks without breathing. He's burrowed deep underground and withstood the pressure of the Earth above him with no damage. When mutated, these attributes increase to 3 times their original strength.

Enhanced Strength: Steve is incredibly strong, and can life nearly a ton with moderate effort. He has been able to dig through solid earth with his bare hands, and can trade blows with a superhuman on a good day. He's torn limbs off of foes as well as ruptured organs and shattered bones with a single punch. He's torn doors off their hinges and overturned cars on his own. He's effortlessly snapped necks and ripped out teeth and fingers. He could bite your arm off if he were so inclined. This enhanced strength also gives him a degree of enhanced speed, and when pushing himself to his limits can run at lust over 30 miles per hour for around 5 minutes. This strength increases to 3 times what is stated when mutated.

Wall-Crawling: Steve possesses the ability to stick to flat surfaces and crawl up walls, or across ceilings. He can also use this sort of super-grip on a person, producing favorable results for Steve when bloodshed is to be avoided, but someone still needs to sit their ass down.

Mutation: Steve has the ability to mutate himself in to a more powerful, albeit more horrific and savage form on command. It is a painful process that causes brown armor plated to grow from his skin, his jaw to reform itself into mandibles, his fingernails to grow into claws, and his power to increase to 3 times its original strength. In this form he is more savage, more brutal, and less intelligent. He prefers not to mutate for fear he could lose control and injure an innocent person.

Science! Steve is a skilled bio-chemical engineer and worked for both the CDC and a branch of the government that shall remain unnamed. He was one of the leading workers in the field of genetic mutations, cloning, and chemical warfare. He has extensive knowledge of various viruses, agents, chemical weapons, and other such things. He is also a devoted entomologist with a passion for the simple and unloved cockroach.

Hand-to-Hand Combat: Steve was trained in martial arts during his employment with this unnamed branch of the government in case of a raid. As a person of interest, he was given the training he needed in order for him to be able to protect himself. This meant training as fine as their top agents, making him a formidable martial artist.

Marksmanship: As previously stated, Steve was given proper training to defend himself. This training included proficiency with a semi-automatic handgun. During his first few years, he pent as much time at their private firing range as he did in the lab. He lacks the natural talent of one of their agents, but nonetheless is a crack shot.

Tactician: Steve is also a great tactician, capable of commanding hundreds of simple soldiers effectively. This is shown when he is commanding many different cockroaches at once telepathically, and receiving favorable results.

Steve prefers not to carry much gear, aside from his lab coat and glasses, but usually has some nasty chemical or toxin somewhere on his person. He's been known to carry these things in liquid form in vials, in gas form in canisters, or in hollow point bullets. He is also known to carry with him his government issue Glock 17 semi-automatic 9mm handgun. As previously stated, he on occasion will load hollow point bullets containing poisonous substances into this gun, for use when necessary.

Buzz is a mutated cockroach of extraordinary proportion. Inexplicably intelligent and anthropomorphic, he stands at four feet tall and is skilled enough to properly use many everyday items despite a lack of fingers. He has a human level of intelligence. Otherwise, he shares the properties of a normal cockroach, of course multiplied by his size.

Buzz owns 3 specially made guns, tailored for his roach body. Their size has been modified for his comfort, as well as the default handling, making it much easier for him to work them. In essence, they're guns built for a creature 4 feet tall with 6 arms, with only a single finger on each.