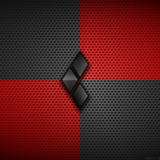 robbie seems like she is trying a tad too hard to play crazy. or it could be the script

letos acting is promising here but i still loathe that design.

in fact it looks like the movie is trying hard to have that more humorous tone and im not sure if i like it. i know that the squad is supposed to be like oceans elleven but it just seems forced imo. i never liked suicide squad new 52 and i dont buy into hype so I will remain pessimistic.

some person on the internet

i think harley should be with a better writer.

where were these fans when i was campaigning for arkham harleys btas skin for batman arkham knight.

i am very angry. well not anymore actually cus shes getting it so yay

Hello fans of Harley. I come to ask of your help:

The hit video game Batman: Arkham Knight and their developer, Rocksteady, is holding a competition to include either the classic BTAS inspired Harley Quinn OR Arkham Knight himself as a playable character.

If you can go to twitter and vote for Harley, I'd appreciate it.

she needs 400 votes to catch up. Thanks

Also do the same here to vote twice (which is allowed. one on twitter and one on the official forums)

@goatzilla: Poll results as of now.

Arkham Knight is winning by more than 2:1. Poll ends on the 30th; however, either skin still needs to have a lot of votes for rocksteady to consider releasing them. This means even if one out-votes the other, there's a chance the skin won't be released, so we need to get in as many votes as we can.