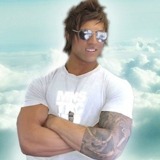 As ever enjoy your humiliation in yet another threaf

lol did you defend superman ? I'm crying now I never see blackstars comment I'm going to post my answer to him

We are just about done here.

Did you look any CaV on vine ? I'm supporting my words with scans,you, you're just denying :D

" I can't argue with LANGUAGE , y' know the thing humans use to communicate, so here are pictures, never mind the link the other guy posted to plenty of pictures"

Good grief. You never stop do you? At least have the decency to admit you can't counter any of my arguments, like in all those other threads

By all means lets have other posters judge the merits of the points put forward by both of us.

unlike you I prove my words with scans.I never judge or deny panel.I never said "aaah then why did Gladiator tagged by Wolverine" because I already know the answer

I'm not really going to get into the various times I've humiliated you in the past, so lets move past my " debatements" and " logicf***cker" questions and move straight to this one

2. How did the last time end " badly" for me? I don't recall debating you in a while. And definitely remember an easy win last time we debated

3. " I'm going to apply real world logic to my FAVOURITEST DC characters and ignore the same for Marvel ones"

So you are just going to ignore Gladiator fighting through a time stop for some vague , unclear indication of Supes and Barry's speed?

3." I'm going to post 90 scans of a character, who is the face of the company and had 4 comics per month , with more than two thousand appearances and ask the opposition to post an equal no of scans for a character who has never had his own solo, is almost always a side character, has an in comic explaination for his low showings and has a grand total of roughly. ......150 appearances"

" no this appears to be totally fair and unbiased debating and since quantity of showings are all that matter, I will now accept that superman is faster than Zoom( hunter) by that logic.

Nah! Just kidding. of course I'm going to ignore my own logic now!"

4." I'm going to post a scan of superman being tagged by a lightspeed object and then speculate about how hes FTL based on...dubious statements at best, nevermind the stuff in his own title at the same time where he faints from going FTL"

5." I'm going to talk about how a story that specifically talks about a nanosecond time dilation is now a picosecond worthy feat based on absolutely nothing at all beyond real world math applied to a guy who can fly and hear in space"

"I'm then going to ignore an entire careers worth of feats from fainting by going FTL before this nanosecond feat, to struggling at the speed of sound in a race less than year after this , to various instances of being unable to move in time stops through the 90s, to superman declaring hes slower than light and needing to be lent speed to achieve the same in....1998, to superman going all out only running even with "Im not FTL, only Wally is" Jay in the 2000s to once again, noted to being slower than light while hit by a lightspeed beam as late as....2008 was it?"

Scans are here. Just another thread where your fanboyism was smashed to smithereens with thanks to @BlackStarOblivion

6." Im now going to declare superman to be faster than Walter west based on nothing at all,on a day he isnt trying, and when the question is asked as to how even Wally and supes have been shown running even in a "race" for a couple of panels in JLA 1, just as an example, I'm going to ignore my own logic about how this would mean supes is as fast as Wally, based on a couple of out of context panels"

7. " I'm going to talk about how supes is as fast as Thawne, who is as fast as Barry, and then almost certainly going to ignore the part where Barry left supes in the dust on a day he was really trying"

So just to get this straight. You feel Supes is as fast as Barry, from the Thawne feat.

If so , what happened the time Barry raced supes after his return?

How do you reconcile that with " Barry is as fast as superman?"

8." I'm going to talk about hoe Jay's ( dubious) nanosecond feat means hes now FTL and ignore the various instances he has flat out stated he isn't instead of noting how the nanosecond feat can easily be explained away by lightspeed-ish reflexes"

9." I'm now going to babble about how clark is faster than Jay, based on hilarious reasoning and stretching of hands, things that aren't even counted in real life races"

" im also almost certainly going to ignore the time in the human race where Supes was shown to be clearly lagging behind the various flashes ,despite flying, or the lightning saga where Jay was specifically identified as ' the fastest'"

Also bro, if you have quite fulfilled your daily " pwned by Grayghost" quota , why don't you go and debate with @RandomSid?

Your flash vs his hulk!

A showdown for the ages! I bet even you can't convince him that Wally stompes the Hulk!

so you really call that "win" in a debate ? lol I'm just waiting for other peoples comments not even bother to argue with you.I gave my scans you gave your words lets look how it ends

You're showing feats from when Superman was as fast or probably even a little faster than Flash which defeats the purpose of Flash existing to begin with because why would I buy Flash for his super speed if I can just buy Superman and he has that and whole lot more.

Clark isn't even close to Flash(in overall speed), in later arcs.(Rebirth #3) Barry proved that he's capable of leaving Clark in dust.The thing is Clark was capable of reacting/perceiving those speedsters.

Let's not get into a debate again

Those tend to end....badly for you

So no...Pre 52 Supes' speed is well below Gladiator's

As for you, have you managed to decide yet on whether Pre 52 Jonn is slower or 3 times faster than Clark? Thats the claim you made in the SAME post I might add

While you are at it, please note how similarly desperate and biased his arguments are, to your own regarding DC characters

Your debatements are valid because

Let's return to our topic.Why Gladiator isn't faster than Superman ?

I believe Kallark could match with Clark in travel speed.Or even he could travel much faster than him

If you look through window while you're moving so fast with car(for example you can travel at light - speed but you brain couldn't allow you to see and perceive the world at the same speed),you'll see that everything looks like moving really fast(for you). Because your vision couldn't permit you to see the world at the same speeds. If your brain is capable of accelerating your vision to the same speeds,you'll see everything moving slow even when you looked through that window at those speeds.That makes perceiving speed much better thing than combat speed because you can see every single punch of your enemy in slow motion

And Let's look at Clark's degree in Perceiving Speed

but I have to share this for Pre-Flashpoint Superman's good.He managed to process (not react,he get tagged) Swamp Thing's astral form blitzing him at lightspeed from point-blank range in Swamp Thing #79 (1988, Volume 2). Clark was able to see the light coming at him and he was able to say light before it hits him.

It takes 1 centisecond/1 millisecond "10.000.000 nanoseconds" for the light that hits your retina to then be processed by your brain,Clark was able to see Lightning bolt(not light) in slow motion.So he could see a thing/guy coming at him at 224,000 mph in slow motion

On the verge of death, Hal Jordan stopped the time (stretched it within' a fraction of nanosecond (smaller time dilation than 1 nanosecond) into Eternity),Clark was able to move and talk like nothing changed.

That feat above gives him at least picosecond/s reaction speed. The difference is that Pre-Flashpoint Superman uses his speed in combat/perceiving much more consistently and regularly than Kallark .

90 speedblitz of Pre-Flashpoint Superman while in-character

Where Kallark has one showing of nanosecond reactions, Clark has 4 to his name. He can speed up his senses and react to fastest beings in DC like Walter Rudolph West and Eobard Thawne

The latter of which is equal to Barry Allen in terms of speed. If you look at all of Pre New 52 Superman's feats and not just his 1986 ones, there's more than enough evidence to suggest that he's faster and quicker to react than New-52 Superman not to mention he uses his speed more.

Also Jay could stratigaze in nanoseconds

and he's still capable of running at those speeds, he just can't push it for long. the reason he usually doesn't is that maintaining light speed for extended periods can cause his old body to have a heart attack. When he goes light speed or breaks the the time barrier he has to be much more careful than his younger counterparts and pace himself. IIRC he has to make sure he keeps his heart rate below 20,000 beats a minute. he's already had one heart attack that Jesse Quick saved him from. His perceptions and reactions are still that good however all the time.

Here's Jay talking about how he's so fast he can stretch real-time minutes and hours into relative days and years:

and Clark is slightly faster than Jay on foot

On the last panel Clark proved that he's slightly faster than him.

and then Jay cheated for Wally's life like he said.

I just want 2 things from you,If you want to debate with me