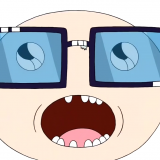 Hey, I was thinking about reviewing every #1 issue coming out every week (or as least as many as I can)

I'm still trying to find my reviewing niche and I'm wondering if anyone would be interested.

*If you think any of these are wrong, you are welcome to correct me, but please support your argument with proof.

Ashari (After two wed Thanagarians crashed on Earth and ruled over ancient Egypt, one of the Thanagarians fell in love with an Egyptian and one of the top generals -- Ashari)

Shifter (Sister to Downpour and can turn into any animal)

Galatea (Perfect clone of Supergirl with accelerated growth and strength)

Mandagora (Worked for a mob boss by the name of Franco Bertinelli -- father of Helena Bertinelli -- also known as Huntress. He turned on Franco by killing him and his wife, but Huntress swore revenge on him)

Professor Hamilton (Professor that worked with Cadmus to clone Supergirl -- he created Galatea and treated her like a daughter.)

Tobias Manning (Outlaw in the Old West that hated Sheriff Ohiyesa Smith -- he ran into a time traveler, took his time machine and returned with weapons from the future)

The Master (A man that helped train Batman)

The Justice Guild of America: Heroes of the past on an alternate Earth

The Justice Lords: Heroes of another Earth that control the world -- The Flash died on their world

The Injustice Guild: Villains of the pas on an alternate Earth

The Imperium (Invaders from another world that annihilated Mars and came after Earth next -- they can't be killed with force.)

Ophidians (Ancient snake-like beings that did the bidding of anyone holding a certain stone, but the stone was destroyed)

Paran Dul (Tanagarian and one of Hro Talak's leading officials.)

Radocko (Lead the resistance against Despero, but switched sides when he saw he was on the losing team)

Ray Thompson (Was mutated in a battle that killed the Justice Guild many years ago -- he now has the ability to create grand illusions that seem real.)

Tsukuri (She hates men, is a skilled martial artist and very skilled with a sword)

General Wells (General for the US military)

Harv Hickman (Found the Philosopher's Stone and used its power to create an entertainment empire -- he thinks he's a ladies man, but they only like him for his money)

BTW there were a couple of guest appearances by celebrities in this TV show. I decided not to include them -- well I left one concept -- with four celebrities.

Adam Evans/Rubberband Man (Became a villain for revenge, but after prison, he reformed as a hero -- dated Sharon Hawkins)

PS he IS in comics, but he is a different character entirely in this.

Hoop Squad (Four basketball stars were given special suits that gives each of them special powers - Spindrive can spin at super speeds, Pulverizer's hands grow, Center Force can stretch and Point Man can shoot missiles from his suit.)

Richie Foley/Gear (Developed his powers late, he is a super genius and best friend to Virgil Hawkins)

Shenice Vale/Shebang (Experiment bred to be a weapon, but she ran away and became a hero with enhanced strength and agility)

Bernie Rast (Agent in music and television, but he is also a dirty trickster)

Dule Jones (Star football player that hid his powers, but he exposed himself and quit football -- he has six metal tentacles from his back)

Sparky (Soul Power's old side kick, but instead of having powers, he was a fan that created his own suit that has the same powers as Soul Power)

PS Sparky is the guy on the left

The Vales (Parents to Shenice Vale and both scientists)

Onini (Osebo's henchman from Africa that looks like a bug and can separate himself into thousands of smaller versions of himself, all which contain deadly venom)

Professor Odium (Hoop Squad's arch-enemy is in cryo-stasis, but his robot is still attacking)

Starburst (Old empolyee of Bernie Rast -- he wanted to sabotage his new television show, so he uses a power pack to give himself energy beams that could life things too?)

Allie/Nails (To search for a cure, she teamed up with Harley Quinn and Poision Ivy, but they couldn't help her. She turned on them.)

PS Nails is on the left

Nightingale (Controls Darkness and has a strong sensitivity to light-- has to live underground. She is the only Nightbreed member not ever in a comic)

Boom and Mirage (They steal because they're homeless -- Boom can generate large amounts of sound waves from his chest and Mirage can create mirages from her mind -- There is a Boom Box character this Boom was based off of, but it is a different character entirely)

Carmendillo (Street Thug whose power is that of an armadillo)

Chainlink (Dule's brother with the same power - six metal tentacles from his back, but he can also absorb metal from those tentacles -- he is jealous of Dule)

Dwayne and Aron (They're step brothers, but only Dwayne is a bang baby that can make pictures come to life and do his bidding -- Aron knows this and bullies Dwayne into using Aron's powers for his own benefits)

Ebon (Static Shock's main villain and perhaps the most powerful gang member in Dakota. He uses his shadow powers to control the city.)

Ragtag (Bang Baby old man that can temporarily give people powers as long as they do what he says -- and he says, "STEAL!" Actually he barely says anything at all)

Run and Jump (Two of Ragtag's cronies; Run can run at super speed and Jump can teleport)

Thomas Kim/Tantrum (Much like the Hulk, when Thomas gets angry, he turns into a big rage monster -- he's a bang baby)

Tamara Lawerence (Much like Tantrum, she is a bang baby and becomes a monster when she becomes angry)

DC Characters NOT in Continuity: Superman The Animates Series

Detective Kurt Bowman (Police that murdered a woman and attempted to cover it up. He attempted to kill Clark and found out he was Superman -- he died in the gas chamber before he could tell anyone.)

Edward Lytener/Luminus (Ex-inventor for LexCorp obsessed with Lois Lane was foiled by Superman. He stole LexCorp equipment to get revenge on Superman as Luminus)

Sgt. Corey Mills (Police member chosen to wear a special suit of armor that gave him super gadgets and abilities, but he went out of control with power)

Claire Selton/Volcana (Developed pyrokenesis and had her life ripped away by the government -- she became a weapon known as Volcana. She eventually became a fugitive after escaping and stealing to survive)

DC Characters not in Continuity: TNBA

Every couple of days, I am releasing a list of characters who have yet to appear in a DC comic book from different animated shows. Today I previously did BTAS and now here is the TNBA list:

Paige Monroe Calendar Girl (Dumped as an old model, she goes out for revenge)

Farmer Brown and Amy Lou (Uses a farm as a front to experiment and turn animals into mutated monsters. Amy Lou uses beef steroids that make her body extremely strong.)

Mo,Lar,Cur (Henchmen of the Joker and representations of the three stooges)

DC Characters not in Continuity: BTAS

Every couple of days, I am releasing a list of characters who have yet to appear in a DC comic book from different animated shows. Today is BTAS and here is the list:

Boxy Bennett (Small-time gangster that bumps up against villains, heroes and other gangs)

Gil Mason (Shining star in the GCPD, but also a crooked cop)

Grant Walker (millionaire that wanted to freeze the world and become immortal like Mr. Freeze in Mr.Freeze's containment suit)

Nostromos (Fortune teller that scams the people who come in)

Dr. Long (Doctor that works for Wayne Industries and speaks his mind to Bruce)

*ADDED because this version of the Clock King isn't the same in the comics -- it's a different person.

Temple Fugate/Clock King (A man obsessed with scheduling his time accidentally mismanages his day and it ruins his life. Using his keen time-sensibiliy as the Clock King, he takes revenge)

CHECK OUT my Short Film!

I think it ended up being alright, but we had a lot of internal problems; mostly with the writing (which is the whole thing)

It was for my film class.

I'm in college with a film major and I have to make a documentary for my film class. I can't really think of any ideas for one, and I thought it would be cool to do it on the world of comic books, but I need a specific aspect of it. At first I thought of doing it on the question "What is comic book culture?" but I seems too in depth. I need a simple question that I can get right to the point on. Can anyone help?

New 52 I am most enjoying

Hi, I read all of the 52 and I have come up with a list of the ones I am excited for every week. These are the best books and one of them is already cancelled. It's a real shame.