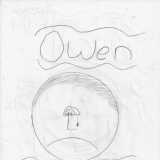 Time for some changes.

Spider-Man to the rescue in Australia:

The following is from a local coffee paper in my area;

In Adelaide, Australia, Spider-Man literally stopped a thief from running off with a $140 X-Men comic book.  People dressed as their favorite super heroes had gathered at a comic bookshop to celebrate International Free Comic Book Day, when "Spider-Man" noticed the theft in progress.  He chased the robber, and a group Jedi knights blocked the door so he couldn't escape, while The Flash watched.  Michael Baulderstone, a.k.a. Spider-Man, says it was serious at the time, but now they can laugh at what it must have looked like when the police arrived to take control of the scene.
Now, I'm sure this has been shown around already and I'm jumping late on the boat, but I just read this and it brought to mind why I love the comic book community.  It also brought back to mind our "Super Hero"  friends to the south,
as long as they remember it's not all fun and games....
But what I'm really interested in is to find out if any of you great members from this fine "Land Down Under" know of this place or these people.  Say thanks and good work for me if you do *gives thumbs up*

And secondly, for everybody, if you witnessed something like our "Spider-Man" did here, would you take the same/similar  actions?  I, personally, would like to think I would......if I had the perception enough to notice it.....maybe I need a "Spider-sense" like our pal Michel up there (how else would Spider-Man know foul actions were afoot?)

What will they do now?

After reading Shadowland and finding the Black Panther the new Man Without Fear, I am left wondering where this leaves Black Tarantula, Dakota North, and the rest of Daredevils cast of characters.  After thinking about this for a bit I thought the "logical" choice to take over as Hells Kitchen's new protector would be Black Tarantula.


He feels guilty about not being able to help Matt more and now he (so far) has nothing to keep himself busy.  He's all healed up and probably raring to go, so where WILL he go?

I think him and Dakota would make a great team to bring the Kitchen back to order, he's basically un-killable, has super strength, agile, and a top level fighter.  Dakota is a skilled detective, has connections, is a decent marks woman, and has that extra fighting training from her time with Matt.  I'm not saying she should dress up in a skin tight costume and start leaping over rooftops with Carlos, but she could defiantly be his eye's and ears on the street, not to mention the computer.

Then their's Foggy and Ben, there are two more colleague that can be included in their network, then theirs that cop (who's name eludes me) that was hanging around during Shadowland.

Now, after all this is said, let's throw in the fact that no one here really knows (except Panther) that Matt is even alive.  Carlos still hasn't heard theirs a new protector in the Kitchen and goes out to correct that.  Now we have that battle/alliance to look forward to.  I also don't think the Black Tarantula would have near as much trouble with this Vlad guy that's trying for control of Hells Kitchen.


Anyways, that's my two-cents on the matter, how bout yours?
13 Comments

(Did this as a blog so I can find it easier)


You see a view screen in the sky with a name, a picture, and a list of powers, skills, and equipment.

Since I'm wakin up with tthee red bandana, am I starting in the far tower where the red's are coming from?

If it gets me re-intrested....


I think it's great they are lightning it up a bit again.  I pretty much lost all intrest......and got confused =^ { .....by comics the "darker" they got.
Now I feel I may be able to pick one up again without wonderin if I'm reading about heroes or villians......in the Avengers titles.
Don't get me wrong, I enjoy the villians, early Thunderbolts, Suicide Squad, and I would love to see a few in their own books, but not in the way it's been for the last few years where you couldn't tell what was what.
2 Comments

Where ever I can


I can't read as often as I like, so when ever I get a chance I read pretty much wherever I am at the time.  When I buy a comic I read it as soon as I get in the car, but before I start driving -natch- if I'm not going home right away I'll read em in a resaruant or wherever they won't get wrecked.
then I reread them when I get home just to make sure I didn't miss anything.
2 Comments


Just being bought by Disney will up their allready high profile.  The possibilities are quite literaly almost endless asto where this could take them.
Start the Conversation


The Decedent or Dark age.....
with the comming of max and these "Dark" titles in Marvel, and idk what all in DC, Black Lanterns?, I would say we have entered the Dark age of comics.
I do admit it probably fits more with marvel than DC.
But then that's just my thoughts on it........
Start the Conversation

just to many moments to post them all.....
Start the Conversation


The Defenders.......or Marvel Knights.
Both are great concpts that I think should have another chance.

To tell the truth, I would love to see a Brave and the Bold/Marvel Knights book.
Start the Conversation


Yea, I'm stuck in the super rut, lol
I do prefer the more down to earth heroes with a few exceptions.
2 Comments