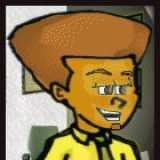 **This Story takes place after the events in Milestone Forever 1**

Weeks after Wise Son defeated Holocaust to regain leadership of The Blood Syndicate; He receives a call from the newly elected Mayor of Dakota City asking the Syndicate leader to join him to discuss ways to have the Blood Syndicate protect the city from the dangers of deadly and powerful "bang babies". Though Wise is reluctant to attend anything with authority, he decides to go to Dakota City and have a sit down with the mayor in City Hall.

During his sit down with the Mayor, the two men talks about ways to get the Syndicate viewed as heroes. The Mayor suggests releasing a statement in reference to the Syndicate working on the right side of the law as enforcers of Justice. Though Wise agreed to this, he tells the Mayor he would prefer the Syndicates new "war on crime" be without the restraints and limits of doing everything by "the book". He promises that neither villain nor any other adversary would be killed...unless absolutely necessary.

The Mayor…reluctantly agrees with Wise and offers his full support in attempting to change the public's opinion of the Syndicate from super powered gangers to a force of good. Wise Son, who once disregarded the law, is honored to be heavily assisted by newly elected Mayor Augustus Freeman and promises the Syndicate will protect the city of Dakota by any means necessary.

Along with his statement, Mayor Freeman will also issue a pardon for the Syndicate of all past crimes due to their heroic actions such as putting an end to the riots of Utopia Park as well as infiltrating and taking down Holocausts’ "Blood Reign" criminal organization. Now in agreement, the two shake on it.

The Mayor also got in contact with Alva Industries CEO Curtis Metcalf to do some tech work for the team including new uniforms and updating the Computer system in the Factory. A day after the statements released; Wise Son sends the word out and organizes a meeting at The Factory for all Syndicate members to attend.

Wise along with Fade host the meeting. He tells the rest of the Syndicate members about plans to help protect Dakota from all criminal activities whether metahuman/Bang Baby or not.

That in attendance includes Aqua Maria, Brick house, DMZ, Dogg, Flashback, Kwai, Oro, and Third Rail. Fearing the safety of the citizens and more importantly the youth of Dakota and Paris Island, Wise explains the urgency in getting this done to his teammates. Wise believes with Static no longer living in Dakota and Icon being more involved in intergalactic dangers with the Justice League; this is the perfect opportunity for the Syndicate to get their respect as Heroes. During the meeting Wise tells the others his decision to break the Syndicate into two teams.

One team will be stationed in Dakota and the other team will remain on Paris Island. Wise creates a team of more hands on and up in your face type members (Kwai, Third Rail, Boogie Man, and Aqua Maria). He then promotes Fade as second in command and field leader of the more Ariel (Away)team (Flashback, Oro, Dmz). Brick and Dogg are to remain as reserved members only and protect the Factory from any enemy threat. Wise team is the Moon team (home); they will protect the Paris Island, while Fade's team the Sun team (away), will focus on protecting the city of Dakota. Due to their Ariel powers, They can fly to assist their "Home" teammates whenever necessary. Wise also incorporates his Sister Cornelia and his son Edmond whenever in need because of their teleporting powers. Now with everything seemingly in place...Fade makes his first official act as leader of the Away team, he decides much to EVERYONE's surprise, that he doesn't want to be a leader of any team and decides to promote Oro as the new Away team leader.

TO BE CONTINUED IN BLOOD SYNDICATE # 37

NEXT : WILL THE SYNDICATE ACCEPT ORO AS THE 2ND IN COMMAND ?!..PROBABLY NOT.

Blogs Created:
14 blogs
Most Commented blog:
DID THE FLASH COPY OFF THE STATIC SHOCK CARTOON??
Total Comments on blogs:
45 comments