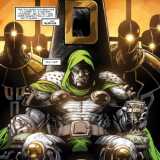 Unless it's Bendis writing Thanos, Doom stands no chance at all. And this comes from a real Doom fan.

Yeah, and unless Starlin is writing Thanos he loses to Victor. Dooms feats are > Thanos even without Surfers powers. With them and 1 week prep, Doom annihilates Thanos. Especially when Thanos has none. It's overkill.

A proper demonstration of that would greatly indulge me.

Then I believe team Marvel takes this. Even with Nova under his max level, this match would have been a huge challenge for the DC team: there only chance would have been to take Quasar down before he realizes that they are attacking him with light, because the quantum bands don't work like the rings: they can manipulate any form of light, no matter the source. The DC could be depowered or they constructs rendered useless almost immediately.

Unless Jordan and Sinestro can one shot their opponents during the first seconds of the battle, they will both lose their weapon. 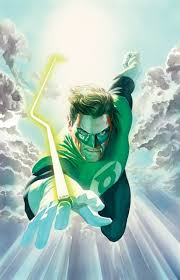 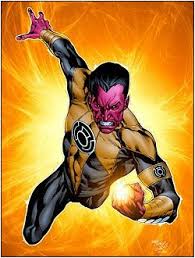 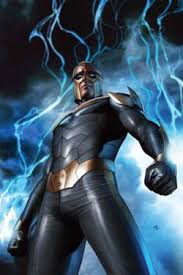 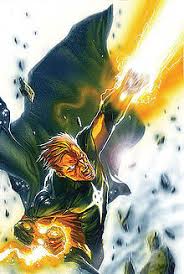 Is it full Nova Force or simply Worldmind?

I don't know, but there's something about him that bothers me. I'm vocal in my opinion of him as a hack, but it goes deeper than that. Yes, every writer has their quirks, but Bendis takes things to a whole new level of depravity. From his troll-bating freak self-inserts (see: new Beast); to his superhero snuff fetish; to his nigh-solipsistic "imaginary friend" dialogue; to his painfully rampant poor handling of women (and that's being political as I still seethe over that Cage & Elektra scene, you know which one); to his attempt to spray gang lingo and snark everywhere, even where it doesn't belong, to the point where it dumbs down the comic and almost assassinates long loved characters who'd never talk that way (poor Doom).

I know some other writers have been troubled, but I'd take Alan Moore's obsession with pairing pretty girls and monsters, Warren Ellis' (let's pretend) hatred of dogs, Grant Morrison's frequent inclusion of transhumanist/shamanic elements in plots, or even Chris Claremont's hypnofetishism over what I've been exposed to thanks to Bendis. He's just dragging the average expected intelligence of mainstream comics and mainstream comic readers down into the ditch with him. I feel a little ashamed to be seen with a Marvel comic as of late, so I've gone back to indie stuff (Atomic Robo is a lovely little book which I must recommend), and I wouldn't be surprised if others have felt the same way.

Maybe it's just the way the wind is blowing? I might be an old fart who isn't down with the new crowd of comic readers who supposedly enjoy this sort of thing, readers who love their characters invariably talking street and snark, who love dumbed down plots, and enjoy seeing women treated badly. But I hope that isn't the case. Really, I'm just wondering if Marvel have any integrity left, because if Bendis is as troubled as I believe him to be, then I just can't wrap my mind around why any editor would allow a sole script of his to be published. He is, to my perception, a truly troubled little man.

To say that I agree with you would be a gross understatement. Bendis has a way of resorting to shocking for the sake of shocking that I find utterly annoying. An other thing that deeply annoys me is his bad habit of emptying his bladder on the works of former writers in order to make the character "his". No one can let Thanos get punched by a giant tree and be entirey sane according to me.

if I remember correctly, Kaine is extremely strong and way faster than Daken, so I think I'll give him that. Daken doesn't have his father's indestructible skeleton, and Kaine could probably break every single bone in his body just by punching him around.

Most likely MiB the tech they have access to is insane. Timetravel, dimensional portals, forcefields the size of the earth, pistols that are as strong as RPG's etc.... It most likely ends up with Hulk getting shrunk or being BFR'd to some random planet.

I agree with this, it seems logical.

I f you can actually demonstrate that, you'll get maximum respect from me. And basically everyone on the site who's read Spawn I think.

No specific members were chosen, so that means it can mean any Avengers team member, including Designate who was able to hurt Surtur, a being more powerful than Odin.

That is not what the battle forum rules say, but even with Thorgirl at her max with them, the Avengers could never hope to resist to ALL the spawns. It's way too many spawns and some of them are waaaaaaaaaaay too powerful.

I f you can actually demonstrate that, you'll get maximum respect from me. And basically everyone on the site who's read Spawn I think.

The gauntlet allows you to do absolutely anything, globally or in the details. The nullifier is just a mass destruction weapon at the universal level.

Dante is a monster and has a very very comprehensive set of powers. I think he takes this.