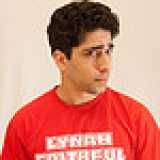 The 1000th comic in my comics database: Krampus #2

Do the economics of digital comics/Comixology make sense?

Until a few days ago I wasn't paying much attention to digital comics. I don't have a smart phone or a tablet. I don't mind reading stuff on my computer, but I wasn't impressed with the Marvel Chrome app (and it limits me to reading right in front of my computer). Also, I've been burned by DRM before: bought tracks from the relaunched Napster that refused to play when I lost my account details and bought books from Microsoft service back before Kindles and Nooks existed, and those books are unreadable now. But four things converged to make me take a look at Comixology. First of all, Marvel's been giving away free digital copies of its comics as a way to justify their higher prices when compared to DC Comics. I've been redeeming the codes, but, as I said, the Marvel app was more annoying for me to use than reading the physical comic. (floppies as they're called in the scanning community) Last week when I entered my codes, I saw that I was able to link my account with Comixology. (I did that last night - more on that momentarily) Second, the latest Team Fortress 2 update comics were released in .cbr format. Third, I'd been thinking of digitizing my comics anyway so that I could share them with my daughter without risking damage to the (potential) collectables. (Same as I've been doing with my DVDs and Blurays) Fourth, I came across Mark Waid's Insufferable , an online comic available from his site as a .cbz file. So I decided to check out Comixology and the idea of digital comics.

I really like the Comixology reading interface. This is weird, because Marvel licenses it for their site, but maybe the Chrome Marvel app doesn't take full advantage of it? The panel-by-panel reading experience is almost like a motion comic without the voice acting. And it helps to keep me from spoiling myself as sometimes when reading floppies my eye wanders to the last panel of a page when I turn the page.

But the question remains: does it make sense financially to buy digital comics? Right now I'd have to say it's a huge "it depends". Let's get the DRM issue out of the way really quickly. Even though you're "buying" your comics (often for the same price as a floppy - more on this in a second), you're actually licensing to rent them. This is because the file you read is proprietary and resides only on their servers. So if Comixology goes belly-up you lose your comics. There goes hundreds (if not thousands of dollars). Or they could do like Amazon did with 1984 - if they have a dispute with Marvel they could be forced to remove all your Marvel books. They may or may not give you back your money - but now you've lost the ability to read your Marvel issues. (Or in the case of Batman Inc Vol 2 #3 - my shop sold it to me and couldn't take it back - Comixology could) As of right now I don't know a way to back up your books to a DRM-free format like cbr/cbz or adcf. However, this is important to greater and lesser degrees to people - some people find this so important they won't buy until the comics are DRM-free (like happened with music) and others couldn't care less. They're only reading the comics once and if they disappear no biggie. So let's not worry about this too much going forward in this article.

So digital comics seem to make the most financial sense if you like DC Comics or Image Comics. Both of them discount their titles by $1 if you are willing to wait one month to read your comics. Sure, this means you miss out on the zeitgeist or might get things slightly spoiled by Comic Vine's podcast (although they tend to be pretty good about spoilers), but if you are limited in the amount of cash you can spend on comics (like me), this could make a big difference. Most DC Comics are now $3 (with some at $4). For every two DC comics you delay by a month you can afford to buy another one! So that's win-win! You get to read more comics and DC gets more money from you. (All of this also applies to Image - or at least Saga - I'm not sure if it's title by title since they're creator-owned) I know I had to drop a bunch of DC books and I might be able to use this to get back into them.

Marvel, on the other hand, appears to be a horrible deal for digital comics. They seem to have taken the opposite approach of DC - they want you to prefer buying floppies. After all, if you buy the physical book you get a free digital copy. If you buy the digital copy for the same price you don't get a physical book. And, if you are of the opinion (like me) that a physical book is better - after all there is no DRM - you can share it, scan it, cut it up for a collage, etc - then it's a pretty dumb thing to buy Marvel issues digitally. (Unless you a) have a very small living space or b) live in a country where you can get digital copies of things you can't buy physically)

Also, I only looked at Marvel graphic novels and trades on Comixology, but they are a better deal as a dead tree book purchased from Amazon.

Finally, this might not affect everyone's economics, but my local comic store offers pull box discounts. I tell them what books I want every month and they give me a 10% discount on those issues as well as anything else I pick up in the store. I can't get those on Comixology. (That I know of) Now, I know that Comixology doesn't have any incentive to do that. After all, if they have an issue in their database it's there whether 1 dude buys it, no one buys it, or 1 billion people buy it. My store is out money if they can't sell all their issues so they'd prefer for everyone to subscribe instead of just picking up issues willy-nilly. However, that just means that any issues I want on the day they come out ONLY make sense if I buy them at the store. I'm losing money buying them on Comixology and not getting the ever-so-versatile physical comic book so why would I do that?

So what do other Comic Vine readers thing? Am I missing out on some key fact? Does it make financial sense to you to buy digital comics? I would really love to hear what others have to say.