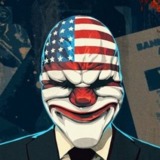 @james_batson: Well that’s understandable. For real I get it. I mean we quit the Academy because of you so bridge under the water

@catalina_liafador: If you could use Elvis, you mean? lol

Okay so Elvis is apparently one of the only RL looks viable for Dee. That's way too on the nose.

Relaaaaaax Nova! He's just a goofy greaser kid! How harmful could he possibly be?

Really need to start writing these down before I get scatterbrained.

The couple got into town late, having to make a pit stop after 76 to swap out their damaged vehicle. Dee truly had friends everywhere, some cool cats willing to loan him a 1967 Chevy Impala. Suitable for laying low in a strange town, but flashy enough to satisfy any gear head that enjoyed showing off.

Dee flicked his lighter, igniting a cigarette before resting his head on the steering wheel. Baby stirred awake, looking to her outlaw husband with a smirk and patted his leather clad back. "Looks like someone could use a snooze." She teased, stretching her arms while grabbing the bags from the back seat.

Dee glanced over at his lover, cracking a grin and rubbing one of his eyes. "Who, me? Don't know what you're talkin' about. Fresh as a daisy, that's me." He chuckled, nodding over to their laptop bag. "Mind lookin' at the job ads when you get settled? I shouldn't be long. Isn't like there's a bunch of ground to cover in nowheresville anyhow."

Baby leaned over, planting a firm kiss on his lips, parting with a little bite, her signature move. "I know the drill babe. Just don't go and get yourself into any fun without me, ya hear?" The firecracker winked, stepping out of the Impala and made her way to the registry.

Dee couldn't help at stare at Baby's... Jeans, as she strutted into the office, clicking his tongue and tapping the wheel. "Goddamn, woman." He scoffed, adjusting the rear mirror, and very suddenly saw her eyes from the backseat.

"..." Dee took a sharp breath in, his jaw clenching as tight as a bear trap.

"...You feel it, don't you?" She asked, her pale lips slyly forming into a smirk. That wasn't to speak of the blood on her, there was always the blood on her, from her. "The hairs on your neck standing up? Kinda like when a storm's blowing in? It ain't from ogling at Baby, that's for sure."

"This place is cursed" He muttered.

"This place is cursed."She affirmed. "This ain't like anything you've dealt with before, Slick. This isn't just another small town with small fries."

"It's witch country, yes. So don't go getting all cocky, and getting yourself killed..." She wagged her finger at the office. "Or get her killed. Or else, that'll be two on your soul... See you at the finish line, okay?"

"....Yeah...." Dee looked down, blowing out the last hit of his cigarette. Next, he reached into the empty backseat, grabbing a small compass.

The compass looked ancient, like something pulled out of a sunken ghost ship. It's enchanted nature was fitting in that regard, as it had the ability to pick up traces of magic. It felt like yesterday, when he pried the device from a cold, dead witch's hands after his second hunt. Unfortunately, it was terribly vague in it's function, but it was better than guesswork. The cool cat killer gazed at it's arrow while it flicked about, at the peril of the immense and eldritch nature of this place.

"Come on now, give us something already." Dee sighed, lightly tapping it against the wheel. Sure enough, or lucky enough, the damned thing finally spilled, and pointed East of his position. His dark eyes darted over that way, seeing nothing but dense woods that crept up on the motel. "Spooky town, spooky woods. Go figure." Dee shined a grin, as the thrill of the hunt tingled his blood ever so slightly.

Slapping the compass shut, he'd grab his things from the trunk and head on out...

Must. Get through. Work. And make. Bomb butt posts.

"Including the incident on Highway 76"

For real though, nice reference!!

@feral_nova: Dee will be the judge of that ;P

Werecreatures though? Depends whether or not they're house trained.