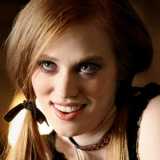 What happened to a good story!!

I am frustrated so I am blogging!  ;)

I have been involved in rpgs on this site for almost 2 years now, I have created many characters, been a part of many rpgs, both canon and not, I have seen people come and go, people move on, characters die, i have seen a great deal of bi**hing and some whopping fights. None of this has bothered me as much as a new trend that is developing.

People have given up writing a good story! everyone seems to be just keen on the end goal, on the fight.  The build up, the suspension is all out the window! all we all seem to want to do lately is battle, I have seen some kicking rpgs fall on their butt cause there was no sex and or violence in them, or, and this i think is the biggest problem for people, ITS NOT CANON.

There is also the constant battering of a new team, we all seem bent on dissing out anyone who gives a new team a go, or we become precious about OUR team being the best of the best.  Then of course on top of your team being the best you require your character to be the best, I mean some people got upset about my judgement in the KOV simply because they did not want their character to be deemed less... like COME ON its a bloody story people!!

Then we have the laziness that is going on, since Andy died I have seen little of ICE in any rpg, I don't know why and I am sure there are reasons but it makes me sad, his death opened the way for so many new ways the team could go I have seen a few of them in rpgs, but what happened to everyone else!! Look at Dread and LT they saw a hole in the villain world and they filled it! not to mentions some of the other great teams that are coming out. Same goes for if one of the big guys is not running an rpg, no one seems to want to play or lead on their own, we all just sit back and wait to be told what to do. Sometimes of course those leading need to be a bit more flexible as well on what they want to occur, not so strict on the story line so it works and goes both ways!

There is more I could say but I won't I do not want this seen as an attack simply a wake up, please guys let's work hard to tell the stories again, think about the character you are working with, what is their powerset?  could you just walk into their base? would a bullet kill them? could magic do anything? push the story not the end result! I know sometimes its hard as if an RPG goes to long we loose interest but we can tell a story without missing the obvious! Read peoples bios, learn their abilities and weaknesses! if you do already ignore me! if you don;t get cracking!

let us get back to good story telling and move away from the constant need to battle and be the best!

(just a note, this is not aimed at anyone or meant to be a bitch, just a frustration! also please feel free to punch me in the nose if you disagree with me ;p)