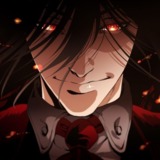 A lot of the arguments presented for Zeref doesn't seem to use in character despite the amount of time (lol) he should've theoretically had to do any of the things being debated. So the whole: "hurr durr tiem staph deff machic" argument kinda falls flat, unless you literally ignore every encounter he's had in the story. Which I mean, all power to you I guess? But given the source material has shown he directly doesn't result to this, I think it's safe to say the match isn't won nor operating under the ideal that this occurs. Have a problem with this take? Take it up with the author, it's not my fault he made his character use his move set in midly incompetent fashion and this isn't a plug and play moment where you're putting a controller up his ass and using his skill set as you wish he would.

But in the off chance someone still brings this up for whatever reason. (I know it will be). Then I'll ask for the mechanics of how the Death Manipulation operates. Does it apply the concept of death? Does it life drain? If so, how fast? Does it stop bodily functions? If so, which ones? Like what does it actually do to kill and can it be proved by a consistent basis presented within the series? And lastly I'll ask how that method you provide interacts with the unique physiology of Devil's. But regardless of this, the forbidden Magic of Devil's are shown and outright stated to interact with intangible concepts (Lilith & Naamah, Luciferio Ehanced Morris for a more 1 to 1 comparison), so I'm not quite sure why this wouldn't apply to Luciferio's passive presence thats directly stated and shown to restrict the effects of magic, bar the antithesis to the entirety of the verse, Asta & Liebe's Anti-Magic.

Best case scenario as stated above is that Luciferio's passive presence or more active/offensive use of it would allow him to restrict Zeref's magic effects. That would include his death magic, time magic (seeing as he scales above the Devil of time anyway) and any other effect he's shown at his disposal. Probably operating on the same basis as Natsu burning his form by directly affecting his magic.

Worst case scenario is neither can kill each other. With Luciferio being faster by a significant degree and having not only POTDK passively restricting magic effects, but Devil's in general being pretty resistant to magic and Zeref being able to constantly reset himself to a previous state. Though I guess depending on the incap requirement here, that's also a possible winning condition for Luciferio.

The series itself already establishes that the Grades attributed to Curses, Sorcerers and Cursed Tools are based on Power and potency.

It's supposed to be "exceeded" and not "Reached". The fanlation was inaccurate on that part.

If you want to check for yourself:

@joshtaku: The only "seal" they have is the portal BFR, but I think only Boruto is capable of that now that Kawaki lost his Karma.

As for skill sets, Kawaki can manipulate his body to a certain extent, kinds like Jugo woth his Curse Seal Form and can use basic ninjutsu like the shadow clone jutsu.

As for Boruto he can absorb chakra, BFR via portal creation and had a couple different chakra nature's he can use.

As for stats I have no clue because the Boruto-Verse hella wonky with it.

The time period he's being used in also isn't stated. Isnt standard assumptions typically the strongest cannon variant of the character with feats? If so that should be a fully equipped Toji.

As for the match, don't really scale Boruto so I'm not sure where they're suppose to even be in terms of scaling. But any Jutsu Kawaki uses should be nullified by Inverted Spear of Heaven on contact on top of Toji's innate resistance.

Why is is assumed Toji has no equipment instead of his standard kit/known weapons he uses/has used?

@killianduclark: Thats an appeal to reality and that doesn't mean it would operate as such in any other verse. We know how chakra flows and where it comes from in Naruto and its rooted in their biology. Its not going to work in any other instance that have a simularly functioning biologic system to flow their energy as per Naruto since that how it operates.

Senjutsu is naturally occurring yes. Normal "chakra" is not. It comes from the 10 Tails (Kaguya)

It is for the reasons stated above.

Neji's attacks "ignoring durability" only works in verse as it operates on manipulating the flow of chakra in one's body to cause organ failure and or damage with it is completely irrelevant to the JJK Verse as a whole. There's no equivalent biological system to capitalize on.