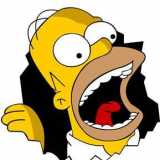 Marvel and their Realism, how did it change over the years?

I saw the previes of Spider-man's newest crossover even "Spider-Island"
And i was wondering how did they come up with this? I think something like this happened;

Im usually not that sinical.... but when I see what has been done with Spider-man now, comparably to Spider-man in the '80's, this just feels like  rubish. Spider-man back then was so cool,  as where so many more of the comics back then :) I think the reason Spider-man was so great back then is the same reason why X-factor is still that  today (among others). There is some sort of 'peace' there in the comics;
Just relaxed story-telling, no over hyping or rebooting.... that's what made Spider-man and other comics so good back then... Peter would just walk around in the street, thinking about his problems....And it is not just Spider-man;
I can remember things like the X-men taking normal charter flights, not rushing of in their own fancy jets, them talking to the bus driver, eating a pizza on the couch, celebrating Christmas etc etc . The Fantastic Four would just be hanging in their HQ, Ben and Johny annoying each other, Ben going out for drinks at his local bar, and when he left everybody was sighing of relief that the bar didnt get trashed etc etc.
Im all for reinventing characters...but things like Spider-Island seem waaaaaay over the top....

Marvel should bring back the realism and humanity back to their characters.
I think that is what made Marvel so great to begin with... the humanity in it's characters. , anybody agrees or? :)

The sun is shining, and i should be out playing football right now. That is, until a lot of people couldnt make it because of examns... I already did that, so here I am....
Hmm i think ill just go outside anyway. Enjoying the sun. :)