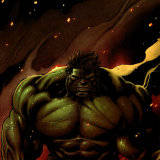 Are you on a first name basis with some heroes?

Have you started taking about there Heroes by using there real name? I mean I'll always called Human Torch, Johnny and well as calling Thing, Ben. But I always call Bruce Wayne, Batman because he IS BATMAN. Some people are certain heroes while other you know that  there is no change between the two. So the question stays  are you on a first name basis with some heroes?

Why we love Superheroes.

A couple of weeks ago my friend and I got in the debate why superheroes have become so popular recently and why people love them so much. We came the result that we love them because they bring out the best in us. They are people who strive to do what's right with no care in the world about themselves. They only care about others and helping them. These are the type of people we wish could be.  There is a hero in all of us. Some people get to pretty close to be a superhero for example doctor, fireman, police officers and rescue worker all save lives. Superheroes are still are amazing. Everybody love a hero. Here are some Superheroes I love and why.

Spider-Man is a very good version of a true hero.  Spider-man is a person who always tries to do good now matter what the world throws at him. Spider-Man is the hero most like us. He has problem in his own life. He has to work to pay the rent in his for his apartment because ,unlike Superman he doesn't have a Fortress of Solitude or The Batcave like Batman has. Bruce Wayne and Tony Stark can get women no problem they're multi-million dollar bachelors. Peter Parker on the other hand is a nerdy man not a player so he's not to good talking  with them. Yet despite all this he keeps on helping people out and saving there live no matter what.
At one point Spider-man did quit the hero business , but I think this shows he's still human and there is only so much a man can take. Spider-man did return to being his superself later knowing people were in danger and needed a hero.
Spider-Man lives by what his Uncle Ben told him, "With great power must also come great responsibly."

Captain America is a national hero.  A person who bring a country together and make the people who live in it proud to call that place there home. If I could meet one hero it would be him because Captain America stands for something greater then just one man. Something that people who are lost can look for. He stands for freedom. Cap may be a boy scout sometime true but only in the sense of helping people. I think Captain America is the type of person where if he saw you lugging a heavy box he'd stop and ask to help you. He is someone who when we need help and we see those stars and stripes we feel safe.


Before we had Spidey or Cap or Batman or Green Lantern we had a man who like Captain America fought of truth, justice and the American way.
We had the Last Son of Krypton, The Man of Steel. We Had

Now before you read this know I'm more of a Marvel man myself but Superman is a true pure hero. Superman first appeared back in 1939 and I think was the first superhero ever. The Man of Steel may be with out character faults but he still is a hero. Superman is faster then a speeding bullet, more powerful then a locomotive, and able to leap tall buildings with a single bound. Now my friends and I are not Superman fans at all and despite that I tell you this: Superman is pure and just and I think is who are Heroes are trying to be like someone who saves people and is without faults.

These are just some of the many great superheroes out there but, I think ,some of the greatest. Please feel free to comment and tell me your own favorite hero.
7 Comments

Blogs Created:
2 blogs
Most Commented blog:
Are you on a first name basis with some heroes?
Total Comments on blogs:
23 comments