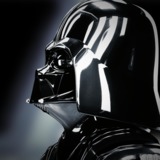 "Of course, it's so obvious now. You have no idea what I am, what I've become." ―Revan

This thread serves as a companion to my comprehensive Revan Respect Thread.

NOTE: For optimal experience, view this respect thread in its blog format. Additionally, please do not view this thread on a mobile or tablet device - use a laptop or personal computer. May the Force be with you.

I'll make this quick. In the Revan novelization, Revan himself shows an enormously impressive, and rather underrated, display of combat applicable raw power against Darth Nyriss that, in my opinion, puts him closer to Palpatine in power than it does Darth Vader. Darth Nyriss, on the nexus of Dromund Kaas, has been written to be extremely powerful. Simple bursts of her lightning were potent enough that Meetra Surik and Scourge opted not to handle it with their lightsabers but rather by completely jumping out of the way from it. It was also capable of turning two guards to charred husks. At the end of the duel, Meetra Surik formed a Force barrier around herself rather than using her lightsaber, but even despite her efforts was still knocked down and defeated. Then, Darth Nyriss gathered her energies for the span of over twenty seconds, based on the narration length in the audiobook as she built up her power. The lightning she had at her disposal was stated to be capable of "incinerating" Meetra Surik and Scourge at the same time. Despite this, Revan, who had just been in prison, tortured, and injected with Force-hindering drugs for three years, was capable of walking into the blast and completely overcoming it through his "raw power," as stated in The Essential Reader's Companion. Revan absorbed and reflected the lightning back into Darth Nyriss, which was then powerful enough to utterly destroy her Force barrier and leave her as a pile of ash, which really emphasizes how much more potent the lightning was than normal. It should once again be noted that Darth Nyriss used her Force barrier, and not her lightsaber, to defend against the attack. This is indication that using a lightsaber would simply have been completely ineffective and useless.

The air around her began to crackle and grow hot as she gathered herself for the killing blow. Scourge felt the energy building inside her, and he knew he would be powerless to stop it. Nyriss was too powerful; her command of the dark side was too strong.

“Gaze upon me and see your doom!” she declared. “I am Darth Nyriss, Lord of the Sith. I am the conqueror of Drezzi, the destroyer of Melldia, and a member of the Dark Council!”

Scourge braced himself for the end.

Revan emerged from the cell. He Had pulled the hood of his Jedi robe up to cover his head, and he word the red-and-gray mask, hiding his face. A dozen bolts of lightning sprang from Nyriss's hand, arcing across the room to incinerate her enemies.

Instead of leaping back into the cell to avoid the deadly attack, Revan stepped forward to intercept it. Both hands were held in front of him, his arms fully extended at shoulder height, his thumbs touching and his fingers splayed wide.

He drew the bolts of lightning into his waiting grasp, channeling them away from their intended targets and absorbing their power. "I am Revan reborn," he said to Nyriss. "And before me you are nothing."

Nyriss's eyes went wide as Revan unleashed the power of her own attack against her. She tried to throw up another Force shield, but the bolts ripped it apart and continued on unabated. The lightning engulfed her, the intense heat consuming her instantly, leaving only a pile of charred ash.

So, Revan generated more power in the span of presumably less than a second than Darth Nyriss did in over twenty. In other words, Revan is capable of summoning such destructive energy that he can disintegrate Darth Nyriss-tier opponents, even when they are armed with a lightsaber. Said power is applicable in a combat situation, given the circumstances of his feat mirrored that with what would present itself on the battlefield (i.e. only having a fraction of a second to unleash your power). Furthermore, when one considers that Revan was certainly not in his best shape, performed the feat without any indication of strain, and was hindered by the dark side nexus of Dromund Kaas, this feat is simply monstrous. Darth Nyriss is reputed as one of the most powerful Sith Lords in the galaxy and, in many books, a Darth Maul or perhaps even Count Dooku-tier opponent, when on the nexus of Dromund Kaas. After all, she utterly humiliated Meetra Surik, one of the greatest Jedi of her era, and Scourge, another accomplished swordsman. And yet she's utterly nothing compared to the power Revan has at his disposal.

Using the chaos of this reprisal as cover, Scourge and Meetra free Revan but are nearly stopped by Nyriss. Revan's raw power in the Force bends Nyriss's Sith lightning back at her, utterly destroying the Sith Lord.

The general rebuttal to this is that despite the power showed here, Revan was "one-shotted" by the power of the Sith Emperor, and thus he's clearly not in league with true powerhouses like Yoda or Palaptine. This, however, is an incredibly misleading thing to say. In the referred to instance, Vitiate was gathering his power together for a single, immensely powerful storm of Force lightning, presumably similar to that with which he unleashed against Darth Marr. Likewise, Revan was also gathering his power to defend himself - ready to utilize it in the form of tutaminis. When Vitiate's power stretched out and met Revan's, it was clear that the Emperor's power was greater. However, Revan still had enough power to shield himself from so much of Vitiate's lightning, which was stated as being "infinitely" more powerful than the lightning he handled by Darth Nyriss, that he was then capable of physically enduring the rest. At this point in time, the Emperor's intentions were blatantly to kill Revan. This is demonstrated when he attempted to decapitate Revan's head. Only until after Scourge's betrayal did Vitiate consider taking Revan alive.

The situation is not comparable to Yoda and the Emperor's clash on Coruscant, in which they steadily released their offensive and defensive Force energies. Instead, the circumstances are more akin to if, rather than Yoda and the Emperor bringing all their power to bear against the span of twenty seconds (https://www.youtube.com/watch?v=iu3qoIsGzUM - 3:21 to 3:41), they instead decided to spend those twenty seconds gathering their Force energy and releasing it all at once. Although Yoda and Emperor are comparably powerful, it is stated in the Revenge of the Sith novelization that Yoda's defenses overloaded at the end of exchange, thereby indicating the Emperor's superiority. In our hypothetical instance of the two charging up, Yoda, like Revan before him, would have been "instantly" defeated by virtue of Emperor's amplified powers overwhelming his. Since we do not hold Yoda vastly below the Emperor, we should not do the same for Revan and Vitiate. Rather, the fact Revan lived at all is indication that the two are close.

As Scourge reached them, Revan managed to stand up again. He reached out with an open palm and his lightsaber sprang from the floor and into his waiting grasp.

To elaborate further, if one is ever exposed to 176 degrees F environments, it would take just 0.1 second to suffer curable third degree burns. However, if the temperature would be 200 degrees F, the burns would be incurable. In contrast, a human body is generally cremated in 1,400 degrees F temperatures for one to three hours. To compare, Revan turned lightning that would cremate a body in under a second to simple second degree burns. The difference is frankly unprecedented, thereby proving Revan clearly absorbed a vast majority of the energy. Also, when one considers the dark side nexus, the fact Vitiate channeled his energies for a longer length of time, and that Revan's power grew in the Shadow of Revan expansion, it is entirely possible that his prime self would have completely absorbed Vitiate's lightning here. After all, he came close, mitigating its affects from disintegrating him to simply heating his metal armor. Thus, Revan's performance here does not dismiss the idea that he is not on Vitiate's tier, but rather further supports it.