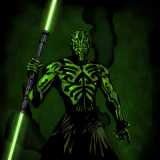 Do you like it when superheroes are shown playing sports?

So, I was wondering do you think this is cool or dumb? Is it shown often enough in comics or not? I remember reading an X-Men comic once where they were playing baseball, but I don't think they were using powers, probably had a "no powers rule." So, how about that as well, if they were to play a sport should they be using their powers or not, is it more interesting if they did?

Blogs Created:
8 blogs
Most Commented blog:
Do you like it when superheroes are shown playing sports?
Total Comments on blogs:
55 comments