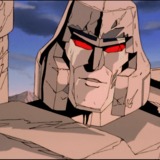 I just finished rereading Stephanie Brown's Batgirl series and I have to say that along with Red Robin it's one of my favorite Pre52 DC books...anyway...it got me thinking....if writers want to use Stephanie, Cassandra, Donna, and Wally and the readers pretty much unanimously agree that they all want them back as well then why are they just straight up being banned by DC's editorial? The other problem is that you can almost guarantee that in every panel at every con that some fan is going to ask about them and the panelists usually either say how much they want to use them and are not allowed or the question is brushed aside with no real answer. Well I want one!! And I know that I'm not going to get one!!! So seeing as I have a ton of lifeless time on my hands I've decided that I'm going to start messaging Didio once a day on his facebook account whether he'll see or respond to it or not with this:

I don't get it....writers want to use Stephanie, Cassandra, Wally, and Donna...readers want them back....so why aren't they appearing anywhere? what's the issue?

it would be awesome if more of you would join me...who knows maybe we'll get an answer at some point...we probably won't...maybe we'll just annoy the sh!t out of him and I count that as a win...so here's a link to his facebook page

Maybe I don't understand art but...

I don't get it

Awesome pictures I found on the internet

I was bored so I spent the last few hours looking at pictures on the internet....I saved the ones that I thought were awesome...I don't know who took them or drew them or photoshoped them...I thought they were awesome so I saved them....here they are...there's a lot

DC has no idea what they're doing!

I think a lot of us have already came to this conclusion before but when you hear things like this from creators working for DC it becomes all to clear that DC had no solid plan or blueprint set up before they started the reboot. From now on whenever something comes up that they need to change then they'll just change it with no explanation and they won't care how contradictory it will make things from previous issues seem.

Lobdell on Teen Titans #0: "Teen Titans #0 is almost exclusively about Tim Drake. We keep most of the origin in tact," he says, though stating that as far as he can tell Tim Drake went straight to being Red Robin and had no official time as Robin, "in that he was one of the few people to get really close to tracking down who Bruce is. It'll feel like The New 52. It'll be a new, updated version of the origin. I'm really excited about it. No less a person than Scott Snyder said it was awesome."

Fan: "Doesn't Red Robin say 'this will be the shortest-lived incarnation of Teen Titans ever?'" Lobdell: "Yes, he did say that. That was written at a time when there was going to be [other] versions of the Teen Titans in the Teen Titans history. As it is now, in this continuity what he was referring to was this comic book he read as a kid called 'Teen Titans'... give the man a prize, will you?"

All of this just makes me hate the reboot even more.

Some new additions to the cast of Avengers: EMH season 2

As awesome as it is seeing that Spider-man and the Winter Soldier will be appearing in at least one episode of the second season Avengers: EMH we actually got more information than intended with this pic. If you look at the right hand side of the pic you'll notice Luke Cage and Iron Fist, both are confirmed members of the cast of the upcoming Ultimate Spider-man animated series and in that series Luke Cage appears to be much younger so it seems that the two shows will not be taking place in the same universe as I'm sure most of us had been hoping.

The season 2 premiere of Avengers: Earth's Mightiest Heroes airs this Sunday April 1st after the very first episode of Ultimate Spider-man starting at 11:00am est. So be sure to set your alarms and dvrs!!

Beginning in May IDW will start rereleasing Mirage's original run of Teenage Mutant Ninja Turtles. That alone is enough to make me one of the happiest guys on earth. But that's not all! Not only are the reprinting the series from issue one but they'll be in color! That's right! Now I'm more of a traditionalist myself and I loved the original series in black and white but how could anyone pass up the opportunity to read this series in color. So if you missed out on the original series or just love the Turtles as much as I do then I highly recommend picking up this series!

Relive the exciting origins of TMNT, this time in all-new full-color comics! This is where world-wide Turtle mania started! Detailing the entire origin of the Turtles and their first fateful encounter with the Foot Clan and the Shredder! This is your chance to get in on the ground floor of the entire Mirage Studios experience, with the most successful independent comic of all time. Don't miss it!

¥ The original series is back, this time in COLOR!

In today's webcast DC Universe Online developers revealed the new T4 armors. The armors are going to be released in the newest downloadable content entitled "Battle for Earth". Along with the new armor players can expect 2 new raids (one of which concludes the Brainiac story in the game), 1 new 4 man alert, and 1 new 2 man duo, along with some new open world content taking place in "Old Gotham", and most importantly the new Earth powers which will be for the Tank Role or Dps Role. No release date has been announced for the content yet.