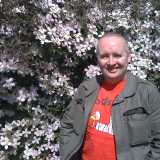 The new DC - and Marvel - Challenge

Storylines such as Blackest Night and Fear Itself allow one basic conceit to be stretched out across dozens of books for months on end. Dead heroes and villains come back as space zombies. Bad guys get magical hammers. I get bored.

While it's too early to say how Fear Itself will pan out, Blackest Night got very tired, very quickly ('My love, you're back! 'Grrr, gonna eat you!' 'How can I fight the man I loved?' 'It's not really him, punch him on the chin' 'Ouch').

I can't be the only person who'd like summer crossovers with a little ambition beyond 'everyone faces the same threat'. While the likes of DC's Bloodlines and Planet DC aren't fondly remembered, DC One Million is. The thing they have in common is that creative teams were challenged to come up with new characters and concepts. Yes, the stories were linked to a central framework, but the details were very much there to be filled in.

I'd love to see the Big Two depend less on the abilities on solitary top creators (this is Geoff Johns' event, and this is Matt Fraction's …) and take a wider approach, challenging all their writers and artists to come up wth something new - a character or concept with legs, or one that's good for just one story - but what a story!

I know the argument that writers and artists prefer to keep their pet projects for creator-owned work, but anyone with the imagination to work in comics really should have ideas to spare. So give them to DC and Marvel, in return for a work-for-hire fee and royalties. In the Sixties Stan Lee and Jack Kirby originated and developed concept and character by the score. Let's see this kind of creative thinking once more.

And here I am, dumbest man on the planet!

Good Lord, this is a busy site. Is there a beginners' guide here, I wonder? I can't even work out how to create a proper profile ...

Oh well, hello everyone, I'm Martin, a journalist in Edinburgh and longtime comics fan. I joined up because I enjoy the podcasts, especially when James Robinson is on. I've got my own comics blog, Too Dangerous For a Girl at http://dangermart.blogspot.com/ in which I witter on about comics, feel free to pop across.

Blogs Created:
2 blogs
Most Commented blog:
And here I am, dumbest man on the planet!
Total Comments on blogs:
5 comments