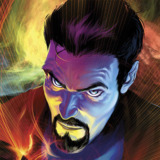 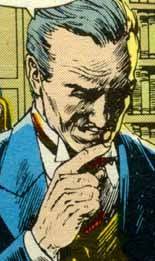 Alignment: Evil with a code of ethics

A fighter by necessity and an academic by preference, Damian's not a fearless man, he's a courageous man who's often afraid of a fight yet runs in just the same to protect his allies. This trait defined a Carlisle for generations. When the world went to hell under the 3rd Society's rule, his parents immediately acted against the new established order. His father was a school teacher, his mother a nurse. The freedom of young minds and well-being of their bodies was their highest concerns.

They helped the rebels in what ways they could, teaching their children what the world was so they might knew what it could be, and repairing the damage done by the society on as may rebels as they could. In the end they were hung with their band of rebels in Westminster Square. Damian saw the whole thing. His aunt and uncle took him under their broken wings and travelled to America, knowing that Animus was the lesser of the three evils, his hubris about his own omnipotence making him more lax in his security measures.

The three settled down in Salem, Massachusetts.

Damian's Aunt and Uncle would frequent underground meetings, voluntarily going out on rebel missions to procure banned paraphernalia, confiscated from the most famous museums and libraries of the American East Coast by the Society. Damian, in honour of his parents, helped as much as he could and acted as a look out/boost man, or the one who gets slid into open windows to open doorways.