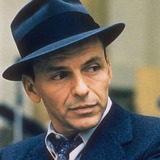 Eyes:Blue or Red depending on the time of day.

Hair:Bald but can change that.

There is no actually information on Cypher Enigma that would be consider correct .If there is any info about this man it is to be consider false.There actual three things that might be correct.

1.That this person is indeed a he.

2.He seemed to wear nice cloths .

3.His face is messed up to due unknown reasons.

-Being able to phase threw anything in his path.

-Being able to heal from wounds or at least filled up the wounds.

-TP resistance:When a person goes into the mind of this being or try to control the TP user would get visions of a advance civilization being violently destroyed and it's people being massacre by a unknown force.

Fun Fact:It should been know that these powers are ones that people have seen and not the complete power set.

It is unknown of the power level of this thing.