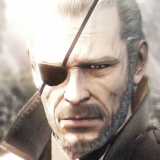 He always stops me doesn't he? The Cyclone Champion, my brother, had took what was rightfully mine. I was the one to be humanities protectors, but in both Hawthorne's and my brothers eyes my form of protection was too "strict" for them. They tried to shut me down, but that did not stop the Cyclone Despot! We had clashed many times and he won them all.

Today was the day I finally will get my revenge and claim what is rightfully mine. I had just killed Cyclone's little area of protection Onette. A city of sinners more like it. I see him in the distance; his blue "eyes" lock with my red "eyes". He has anger on his face, good. Now this is where the fun begins.

Champion rammed into Despot sending him through five buildings. "You finally have cracked brother(laughs)" the Cyclone Despot said with enjoyment. Cyclone Champion ignored his words. He began to brutally attack Despot. Cyclone Despot retaliated by shooting a tornado from his fists, but this failed. The tornadoes died out once reaching Hawthorne. "You killed them all. You have never done anything so evil. I always thought you could be turned; I guess I was wrong. You are nothing, but a murderer!" yelled Cyclone Champion.

He prepared to hit Despot again, only for his brother to grab his fists. Despot began to crush them, laughing as he heard the metallic crunch. Champion swung his head forward, knocking Despot to the ground. Hawthorne began to kick his brother in the face multiple times. Despot grabbed onto Champion's foot after the sixth time. He snapped his leg clean off.

"This is it, can't you feel it? Now it all ends here!" Despot yelled in joy. Champion rammed his fists into his brothers torso. In retaliation Despot grabbed onto Champion's head, sending an electrical pulse throughout Champion's central processor. Champion screamed out in pain and created a vortex around both of them. The force caused paint to rip off Cyclone Champion's body, his brother was not so lucky. Despot's body was slowly being ripped apart by the winds.

Champion fell to the ground, injured and tired. He laid in a crater created by his vortex. A survivor from Despot's attack came up to him. "Are you all right" said the survivor. "Yes, yes I am" said the android who looked the man with his red eyes.