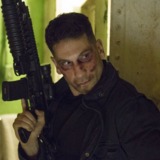 @krleavenger: We can all use a brush up every now and again. I think the book will clarify some of your thinking.

@krleavenger: I'm really not trying to be disagreeable here, so I'll just recommend Robert D. Hare's book Without Conscience: The Disturbing World of the Psychopaths Among Us. Hare is a criminal psychologist, works with the FBI and he created the PCL-Psychopathy Checklist which screens for violent offenders. The book also details several other personality disorders and how they relate/overlap. In the real world, there's a reason why psychopaths go to prison and psychotics go to a mental hospital. Psychopaths are sane but evil, while psychotics are insane and we can't judge their behavior, only treat them with medication and therapy.

@krleavenger: Yeah, you're definitely not understanding the definition or how psychopathy is utilized within modern psychiatric circles. Psychopathy, is often used synonymously with Sociopathy, which is classified by the DSM as a personality disorder, characterized by persistent antisocial behavior, impaired empathy and remorse and bold, disinhibited egotistical traits. Insanity, on the other hand, is a legal definition not a diagnosis and usually refers to individuals suffering from psychosis (hallucinations, delusions, impaired sight, schizophrenia). One of the hallmarks of psychopathy is that the person knows right from wrong and is aware of the consequences of their actions, (death of victim, incarceration) they just don't care because it either feels too good or there are other economic/social benefits. They don't care because they don't experience the normal range of human emotions. Conversely, someone suffering from psychosis is divorced from reality and doesn't understand the consequences of their actions, they may not even know what they're doing as they do it. Psychosis can be treated with anti-psychotics and then that person is capable of experiencing the normal range of human emotions. Psychopathy is currently untreatable. I agree that Carnage is a psychopath, most of the people you listed are either psychopaths or sociopaths(which are psychopaths who experience the normal range of human emotion only with a small in-group of people, usually family members or a close lover).

Superboy prime is obviously suffering from Borderline personality disorder, characterized by histrionic outbursts, unstable relationships with other people, unstable sense of self, and unstable emotions, featuring an extreme fear of abandonment, frequent dangerous behavior, a feeling of emptiness, and self-harm(he carves an s on his own chest).

It's also worth noting that most career criminals are classified as suffering from anti-social personality disorder of which Psychopathy/Sociopathy is an extreme form.

@krleavenger: Your list is mostly fine, but I think you're slightly confused when it comes to Psychopathy and excluding Carnage. With the exception of Osborn, who is insane, everyone included in your top 10 would be classified as psychopaths. Psychopaths are the most evil individuals possible. They know right from wrong and choose wrong because it feels good or furthers their own ends. Osborn isn't a psychopath, he's actually insane, because Osborn doesn't know right from wrong. He thinks what he does is right, whereas the others know that what they're doing is wrong. They just don't care. The insane can be just as dangerous but they aren't as responsible for their actions as those with severe personality disorders.

Now, there's a case to be made that psychopaths are actually born with damage to parts of their brain that doesn't enable them to experience the normal range of human emotions and that they are victims of nature's lottery when it comes to genetic inheritance. But by their nature, they are as close to evil as humanly possible.

Characters like Thanos, Loki, and Kingpin aren't psychopaths, though they could be classified as sociopaths, the slight distinction being that they experience love for a select group of individuals, whereas Psychopaths are incapable of experiencing that emotion altogether.

Superboy prime suffers from borderline personality disorder, which makes him prone to histrionic childish displays of emotion. Individuals with that disorder can be extremely impulsive and dangerous.

Joker could also be classified as a psychopath but he's also been portrayed as insane and sometimes even delusional. Depending on which version we're talking about, he could make your list.