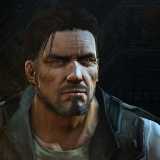 *grabs the wine and knocks it back*

Daltar shrugged. "Far as I'm concerned, the more parsecs between my ship and that thing, the better." Much as it went against his nature to give anything up without price negotiations, no amount of any civilizations credits were worth the attention that the data in that unassuming bit of alien hardware had already brought him. There was one thing, however..."You mind keeping it to yourself where you got it, though? Not saying your Corps is compromised or anything, but the less people who know, the better, in my datapad."

Daltar stood silently, hips cocked and thumbs hooked into his belt as Jessica conferred with her ring. Now that's a convenient feature to have. He'd been debating finding an AI module for the Aphelion for awhile; they weren't exactly cheap, unless you wanted to risk getting one that might go fully psychotic on you mid-warp jump, but having another intelligence to manage some of the ship's operations could come in handy. If nothing else, maybe he could find one with a defense subroutine and wouldn't have to depend on that shoddy auto-fire program, anymore...

He shrugged as she requested to hack into the cracked cranium, giving the morbid bit of contraband a dismissive wave of his hand. "Hack away. Unless you want to take it with you, I plan to chuck it into the fuel converter when you're done with it. I'm sure you noticed that hanging onto it tends to draw some unfriendly attention."

Praying that this is a hoax is just wishful thing :'[

I wish that this whole rotten year was a hoax.

Daltar hated it when they did that.

His ship had a perfectly good hatch, after all. Then again, if he was being honest with himself, if he could just pass through a hull like that, he'd do it all the time, too. He probably wouldn't wait for an invitation in most cases, either.

"This way." Rising from the pilot's seat, he led her back into the ship, until they arrived at the main computer array. There, a robotic head was connected by a number of wires to the Aphelion's main computer. Though it looked considerably worse for wear, the chrome-colored cranium was still recognizable as an Imperial Centurion. Keying in a few quick commands, what the computer was able to salvage from the damaged memory of the wrecked automaton came up on the viewscreen.

"There." Daltar pointed to a file identified as "Expansion Initiated." Jumbled lines of code and command prompts in a dozen alien languages danced across the screen before a scratchy simulation showed planet after planet and star after star being...stretched was probably the only way to describe it, before catastrophically collapsing into a singularity.

"That's why they were after me," he muttered somberly as the file closed. "Pretty sure they didn't want anyone seeing that. There's more on there, but it's going to take someone with more tech skill than I have to crack into it." 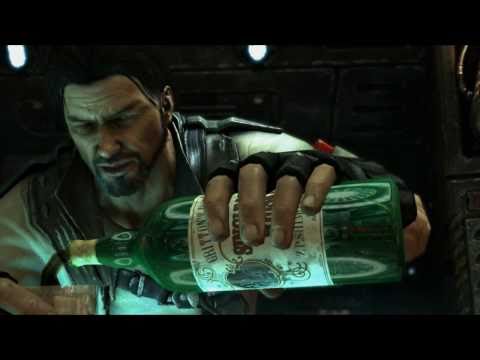 Taking another job is not "treason."

Normally, Daltar would have been less than thrilled to encounter a Sentinel; he was, after all, a smuggler of some reputation, and those in his profession tended to not mix well with those in professions more aligned with law and order. That being said, there was no denying their effectiveness in a brawl, and that was exactly what he needed, right now. Besides, this was the exceedingly rare occasion in which he would actually be quite happy to turn over his cargo to someone else...

First things first, though. The ship that his momentary ally crafted had already gone to work, disabling several of the Strikers with its opening attack, so he swung the Aphelion around, allowing his own automated blasters to finally lock onto targets now that they weren't trying to constantly compensate for his erratic evasive maneuvering. Caught in a classic pincer attack, the Imperium ships would not last long, surprise having overcome their numerical advantage.

Once the dustup was completed, Dal opened a comm channel to his newfound friend, assuming that she'd be able to pick it up if she'd picked up his distress beacon. "I owe you one for the assist. You able to come aboard? I've got something I'm pretty sure you'd be interested in."

He understood their necessity, of course, but when they continued to blare long after anyone who hadn't already realized what was going on would likely be dead, they tended to do little but grate on already taut nerves.

Normally, he could simply reach across the cockpit and turn it off, but that would involve taking one had off the controls for a fraction of a second, and he didn't have that, at the moment. This was also why the Aphelion's laser batteries were on auto-fire, which worked well enough as a deterrent against one or two pirate bogeys, but were not quite up to the task of handling a dozen Imperial Strikers, leaving the Delossian smuggler to depend on his ship's shields and his ability to keep up evasive maneuvers until his navsystem could calculate a warp jump. Ordinarily, this would have taken less than a minute, but the constant extreme shifts in his bearing and heading meant that the calculations had to be almost constantly recalibrated.

Risking a moment's distraction, he slammed his fist on the distress beacon. It wasn't in his nature to call for help; out in the wild reaches of space, a distress beacon was as likely to attract interstellar pirates or scavengers as it was anyone altruistic enough to render aid, but if there was one thing to be said about the Imperium, you knew where you stood with them: if they caught you, they'd kill you. Pirates were at least sometimes open to negotiation.