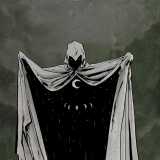 This is the second blog I've dedicated to certain characters trades. Last time it was Stephanie Brown and now it's ex-boyfriend Tim Drake. The first trade collects the first 6 issues of Robin (and a showcase issue I think), but the next trade is called unmasked and collects issues 121 -126.

Now looking at the series it looks like the next 10 or so issues are tie-ins with other story arcs which makes it understandable why they aren't involved with the trades. BUT NOT ALL OF THEM ARE

Based off of the covers and the titles of the issues they look like good stories or at the very least entertaining ones.

Why would companys create a series and not make sure they can be sold again as stand a lone storys? It just seems lazy. I know that DC is big company and they can't be on the ball with every series and every character but it isn't like TIM Drake or Robin is an obscure character.

It just seems like a bad business practice (then again this is coming from the company that brought in Artemis to the new 52 simply to kill her off in the next issue as a shock tactic).

Well I'm done being annoyed thanks for reading.