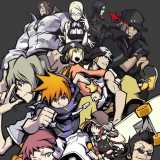 @waezi2: Like an anti hero squad/ collabing with others on writers. Since he was initially designed to take on the whole of the justice leauge. Or something like Ivo's creations.. Since the prof had made alot of things... And wants to help stop the evils of the world.

It's been awhile since I've been back around here, but I want to get back into something. Can I have larfleeze, sinestro and atrocious so I can make a new corp with the green/blue being their enemies?

Edit: Or something along the lines of the emotional spectrum, what's available?

Edit part 2 (lol): or an amazo arc, since I can think of quite an interesting ivo dynamic.

I do not own fallout or any of the below terms. Enjoy!

"You're already dead....You just don't know it yet!" A raider screamed into the darkness. I held my breath as I sat hunched behind the door. "Stupid stupid stupid!" Of course the building had raiders in it, low life scum who raped, pillaged and murdered for fun. The smell of the place as I stepped in was pungent with the smell of stale blood, but then again all the buildings in the Mojave did. Walking around the place yielded very little, "I am hiding for my life...For what?! A pack of stale sugar bombs and eleven caps." I swore quietly under my breath as the heavy footsteps of the raiders boots neared the doorway. "You killed my buddies, I think I'm gonna peel your skin off nice and slow, make sure you live enough to feel it all." I stood quietly behind the door, holding my breath as I smelled the gore and cigarette smoke from a few inches away. I played out a few situations in my mind, "Round the corner, guns blazing two in his head and out of here." "Guns blazing," being a relative term with only ten rounds in my clip, a grenade and combat knife and the high chance that this raider wasn't alone pushed that idea out of my head. "It calls for stealth then." I crouched again, pulling my knife as I did. I place my gloved hand onto the door, and pressed forward the worn and old door creaking loudly in the quiet. "Hey, what the whose there?" The footsteps got louder as the raider neared the door, I flung it open as fast as I could. "Wha.." Was all the man could get out, grabbing him by his shoulder and pressing his gun to the side with my hip I slammed the serrated blade into his throat. Thrusting the knife back and forth I cut sharply across his throat, leaving an, jagged, gaping hole. His glazed over eyes looked at me as the life ebbed out of his body, his blood running over my gloves. I pulled his body into the room and searched him. "Pack of cigarettes, a .32 pistol and 6 rounds." I threw the contents into my bag and crouched back down listening for any other footsteps.

Crouch walking, I hugged the wall listening for the slightest of noises. "No listen to me you little shit, when I say we are gonna do this we are gonna do this no question!" A rough woman voice shouted out that made me stop at the open doorway. "Look who died and made you fucking leader?" A loud gunshot made my heart jump into my throat. "Any other questions?" The woman asked as I heard the body hit the floor, a vile of silence was broken by the woman's voice. "Where is J? Anyone seen him?" Silence was her answer, "Well come on speak up!" A male voice was her answer, "J was out on patrol he never came back." "J..Oh that was probably." I looked down at my soaked hands and swallowed. "Well find him and if he isn't dead, kick his ass!" Footsteps started approaching the door, the second they came out they would see me. "The grenade." I stood quickly and sliding my finger through the ring of the grenade un hooked the pin and tossed it into the door, moving to slowly I caught a stray round in my leg as I cried out diving to the side. "OH shit! GRE!" The woman's voice was cut off as an explosion cut through building, I sat pulling a stimpak out of my bag, closing my eyes and taking the needle like medicine and jamming it into my leg as I gasped out. "Urgh..Hurts to begin with but when the medicine is released" I smiled as the morphine like substance spread throughout my leg.

Standing and shaking my leg, I limped into the room to find limbs and organs spread all around. "Shit, ruined guns, ruined ammo." I picked up the few rounds that I could find and found a key on one of the corpses. I looked around, "Key? For what.....Hmm." I found a few warped desks and then a ledger under an overturned bed.

"Miss widow. You have given us eight new slaves. Six females, five age 18 one age 40 pregnant. Two males, ages twelve years old and eighteen. For the agreed upon prices of four hundred caps a piece, two hundred extra caps for the unborn child. Thank you for the business we will be in touch. -F" I read it over again and looked back at the bodies, "Slavers....Worse than raiders." I spit on their corpses and spotted a safe out of the corner of my eye. "Maybe I could scavenge something from this..." I crouched before the safe using the key to unlock and old style padlock and opened it.

I pulled the map out among the huge collection of drugs, drugs and more drugs. 2600 hundred drugs worth of drugs.. Psycho, speed, buffout, mentats it was all in this safe. "Stupid speed heads...." I threw all the drugs into my bag, "Sell them all back later, good barter chips." Inside I found a map labeled simply, "Where we take the meat!" Eight people enslaved should have meant nothing to me, this was not the first time I had seen of or heard of slaving in these days, but something about that child.....the unborn child.

Stepping back out into the light of the Mojave, I took a deep breath of the musky air as the wind blew my duster to the east. The trial was set before me, I was a day or so behind. Shaking my head and chuckling, I set forth on my stupid rescue plan.

Well there you guys have it, straight from the mouth of the mojave tell me what you all think.

Conditions: Fight takes place in a grassy plain area, combants may only use their magical prowess. Eragon, Murtagh and Galbatorix may only pull from their dragon's energy once. All combatants are blood lusted, who takes it?