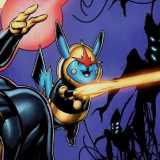 What's the problem with mythological superheroes?

I see many people here being against the “demigod-superhero” type of character,mostly people like Incredible,Hercules,Thor and Wonder Woman.They argue that mixing superheroes with mythological figures would make it less realistic,but please tell me,what is realistic in superhero comics?Is it realistic so many diferent alien species with overpowered abilities?Is it realistic to develop superpowers after exposed to anything readiotive?Is it realistic making tecnology so advanced do do pratically everything,minus curing cancer,protect the enviroment,and stoping the hunger in the world?Comics are made by entretain and be fun,so almost everything can be done on them,there’s no need to limit what can be done base don the opinion of some few people.Also many cosmic entities have roles close to the gods,and many of the times are even more overpowered than the gods.

One atractive on the above mentioned comics is that their are not limited to exist in ancient times,that would all their stories repetitive and clichê,interacting with the present day gives mucg more possibilities.Try to figure Thor without figthing with people like the Hulk and Silver Surfer,Herc and Amadeus Cho together,Wonder Woman working in the big 3 and the Justice League,and many other characters that she usually encounter wouldn’t be part of her books if it was only her in ancient times.If they made it that well WW woundn’t be anything more than Xena on a swinsuit for example.Thor would be the same to a lot of characters that you see on Warcraft and another RPGs of this style.I not saying that both are bad,it isn’t proper to the characters.It’s good to see in comics that the gods weren’t just a delusion of some people in the past and also exist at least on comics world.Mythology is a source of stories and archetypes so rich to be understimated.

As a fan of these character I love when they give a more modern look to the gods,be it in armors,clothing,weapons,equipament and architeture.When well done that can be awesome,some titles that use that is Jack Kirby’s New Gods and the Eternals that sadly people don’t seen to care about.Made up pantheons are a very cleaver idea because you’re not limited to using the archetypes of the same characters from diferent mythologies over and over.Of course the Eternals are mostly mortal that became well...eternal beings,but they are also heavily based on Greek mythology and still seen so diferent from the Marvel’s Olympian pantheon(I mentioned that eternals real is called Olympia?).There are simmilarities between them like both leader of the Pantheons Zeus and Zuras have similar names,similar looks(like a big red-haired guy with a beard)and a totally diferent personality,Zuras has the same personality that Zeus would have if he stayed with the Kid Zeus personality after he died in Assaut on New Olympus,that’s why I like him more.Many sword and sorcery comics and games also make their own pantheon,I particularry like the gods that the sorcercers of the Dr. Strange drawn their power like the Vishanti.Supernatural is just a type of origin of powers as any other,and in many cases is more of a explanation than a lot of pseudo scientific origins.

These kind of chracter keeps comics more diverse.Isn’r comic books supposed to be our modern mythology?Even books were made base don that afirmation,and they still search fantastic explanations to things we don’t know.And putting the ancient gods and heroes just makes things better,not worse.It’s intersting to see mythological figures on other settings,comics aren’t the real world,so everything is possible in there.