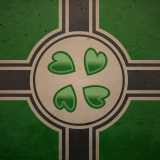 I am just wondering what identity Jean will also have, maybe transgender or even transpecies.

Can't wait to see how Marvel ruins this.

We could always get Jean & the other time displaced Jean hooking up.
Jean & Psylocke. Jean & Madelyne Pryor. Jean & Emma. Why do they just have to fight over scott?

That friend she was linked with, who died, & activated her powers, could be given some lesbian undertones.

But, here is an idea Marvel & DC. If a movie is about to come out that is focusing on a dead character, do NOT bring them back in time for its release. WE are not idiots. YOU are.

Its obvious the reason why this gets so much attention is because of the show on CW.

Plus, the SJW types can rally behind, showing how these two are more than just competing for some "lowly man" , they can be friends etc. Because why does Archie get to chose one of them? Why couldnt a modern 2017 Betty & Veronica chose which of them gets Archie?

Or, they can chose each other.

Or you can say its another male power fantasy, choisng two hot girls, but like Star Wars, Star Trek, Lara Croft, the concept has been taken over by the "Fem-Nazis"

Greg and I started dropping clues during Court of Owls, we continued through our Joker stories and we placed our biggest hints in the run that culminated with Batman #50

With reboots & retcons, crap like Flashpoint, new fifty-stupid, rebirth, etc, why would anybody reading anything ever think clues were being dropped, existed, or even mattered?

& if they did, the next movie/show/ season of Gotham would mandate characters being brought back, & the next writing team will have their own groundbreaking game changing to the extreme moments.

Just admit that you arc is its own self-contained universal continuity, & the next writers start fresh with Bruce dressing in bat-jamies because criminals are a cowardly, superstitious lot.

This'll do nothing, this'll change nothing. Grow a pair & in the next multiversal reset, replace Batman & Superman with Apollo & Midnighter. & have a threeway with Zealot.

I hope if this series ends, it ends with Olive "graduating" into the next Batgirl. Minus the fire powers.

Yeah, no. Maybe 10 years ago. Get with the times. The Flash tvshow has them use a meta-human attack app. If you want to de-age Barbara & have her take immature bat-selfies for alternate covers, then you cant have Batman NOT know about crime happening in the most crime infested city in 2016-17 DCU's earth. & even in 1940's Gotham, he'd still know.

In the DC series Detective Comics, Batman and Batwoman have teamed up with other

No. Batwoman is on the same level as Spoiler or Harper. Batman alone, maybe a Robin, teams up with other heroes, including Batwoman.

so much anime/manga, every time I see this cover, I think there is a shot of her panties.

I assume the stories are just as bad as this art looks?

why does Marvel hire 3year olds with broken fingers to draw their their comics with the contents of a week old diaper?

The art is crap.

ignoring the MJ-Venom one obviously, each of those is ugly. The face especially. Thats not art. Thats rough draft garbage. I would not download those for free, let alone pay for them. & as variants? Not worth it.