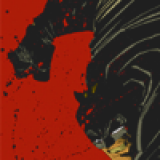 Hey, Decoy, do you think Facebook would acknowledge the relationship I have with my hand?

Facebook says I can't be in a relationship with myself. Challenge accepted.

You know we have words for dating your right hand.

Facebook says I can't be in a relationship with myself.

"I never ask of a man something I wouldn't do myself. So, no, I do not ask you to have faith that I will not leak said information, but I do give you my word." Fantomes stood to his feet, approaching Doctor Damn. "Look at your choices, kill me and it's certain that the information gets out or we part ways, you never see me again and the world believes you a hero."

"As long as I draw breath upon this earth, the information is safe."

"And if you die at the hands of another man?"

"You ask much too many questions, docteur."

Doctor Damn stared the mere mortal in the eye, seething. He knew dealing with the more intelligent humans would pose as a problem, but he was far from outwitted. Motioning to the loyalists that he had in EAGLE, they lowered their weapons and activated a corridor of light that reached out of nowhere, retreating into the tube and disappearing toward the center. Doctor Damn smiled upon Fantomes, gave the man he was aiming to kill not so long ago a pat on the shoulder and said; "It was a pleasure doing business with you." With that, he turned away and walked toward the spiraling portal of light that stood in the middle of the narrow alleyway, only to have his stride broken by a serendipitous crash at the other end of the alley. Turning back, Doctor Damn noticed one of the rocketmen, downed, with a spectre of a man rising from his back and onto his feet.

"Monsieur Clue." Greeted the Frenchman with a chuckle, he found it funny how fate always threw them together, he found it even funnier that Clue would witness Doctor Damn walking away from a wanted fugitive along with a number of EAGLE troops. It was instantaneous, it all clicked in Clue's mind in a matter of moments. Snatching the Zeta beam powered rifle from the rocketman he'd hitched a ride on, he pointed it and called out for Damn to freeze. Damn stood there for a while, with the tube of light at his back, silhouetting his entire frame, then he cracked a smile, turned away, and walked toward the center of the light.

A bright neon blast cut through the air--

The beam neared the closing tunnel of light--

But before it could strike Damn, it was gone, the beam passed through the twinkle that was left behind, striking the dumpster at the other end of the alley and knocking it into the barren streets of London. Charles swore under his breath, but before he could get too upset, he aimed down the sights of the rifle and pointed it at Fantomes, baring his teeth as he spoke with a harsh whisper. "You're going to talk. You're going to tell me everything."

"It would be my pleasure, Monsieur Clue." Said Fantomes, a sly grin tugged at the edge of his lips, "But if we're going to be unlikely allies in this fight, and believe me, there will be a fight, do you mind if I change first? It hurts to wear something so expensive in such shape, more so than my bullet wound."
10 years ago

That's not the reasoning behind it at all (I'm not even overly fond of the Hellion/X-23 ship anymore).

Oh, so it's because he's Samoan? Racist.

B, You're reaching and it's not a good look on you.

OH SO WHY ARE YOU SO AGAINST IT???? YOU DON'T EVEN KNOW METTLE
10 years ago

That's not the reasoning behind it at all (I'm not even overly fond of the Hellion/X-23 ship anymore).

Kk. Posted. It's pretty rushed but w/e. I'll get my Fantomes post up later/tomorrow.

To say the scene was a warzone was an understatement.

There was a sentient micro star attacking the Westminster Palace, jets of light streaking from it's eyes, tearing through the palace as they arrived. Charles remembered when he came across it during a case in Japan, long story short there was an evil professor trying to cause mass destruction by opening a gateway to the Microverse. The sentient micro star was being kept in a dense gravity well, a tube that could fit in the palm of Charles' hand, the gravity well kept the star compressed and kept it from further expansion, the micro star itself was the size of a particle, but Charles knew it could be abused, used against the world. So he kept it on a shelf in the Fiction Den after keeping it.

Now, here he was, staring it in the face as it tore parliament apart, ever expanding. The River Thames was evaporating, a steamy fog rising as it descended lower into the river. Maya jumped right into it, trying to fend it off from causing any further destruction by bombarding it with light blasts of her own. The monstrous sun monster growled and groaned before expanding further, the heat that was coming off of it burnt up the oxygen, the air was thin, and the civilians that were escaping the palace were passing out on the stairs. Clue bit down, his brow furrowed, he wouldn't allow them to become casualties, getting them all out of the building and to safety was probably out of the question, too.

"Clue!" A voice exclaimed into his earpiece. "Blackman--he's been taken--"

"Sh*t..." Clue muttered as a scene of defeat unfolded before him. He had enough to deal with, but someone else was making their move in the madness against Blackman.

"I need to know what we are doing. Care to share? I don't plan on being an officious fool by running in perplexed."

"Get as many people as you can clear of the building." Clue commanded, pointing to the sluggish civilians sprawled out across the field. "Try not to die, either." He shouted, running into the expanding heat and steam that engulfed the area. "Oy! Don't hit it with energy! That thing is fixing to blow and take out half of London with it or summat!" He yelled to Maya, "You can absorb energy, right? Try that! Absorb as much as much as you can!" Filling a leadership role was something he wasn't familiar with being a loner, but it was something that he seemingly did naturally, probably because he himself was helpless to do anything but direct this team in this situation.

It came suddenly, a thunderous boom followed by a tube of light that kicked up a wind, a number of men dressed in peculiar armor stepped from the tube of light, the EAGLE symbol on their breastplates.

"Phew!" A man who emerged from the boom tube last with an eye patch over his left eye wiped the sweat from his brow, he was a tall man, visible scarring extending from underneath the patch. Unlike the men who hurried from the tube before him, he was dressed in a leather coat and black turtleneck, which he now regretted with the expanding sun that hung over the Thames. His slacks and shoes matched his coat and sweater, he was a distinguishable man, and one that Clue almost immediately recognized as Director Danger.

"Me and my units just gained authorization to enter Europe thirty seconds ago." Danger said, looking Clue over once with a suspicious expression.

"Bullocks! I just met up with one of your units and Doctor Damn not far from here--"

"Damn does what he wants." Danger interjected, stuffing his hands in the pockets of his slacks as the EAGLE agents went to work. Their armor were resilient enough to keep the heat out. "Instead of chastising me and my men to coming to your tea-sippin' ass's rescue, you should tell me what we're dealing with here."

"Sentient sun from the microverse." Clue replied, he didn't like to admit it, but Danger was right, there was no time to argue semantics when lives were at risk, but the situation was looking a whole lot better now that an EAGLE unit was present. It was the happiest he'd ever been to see Americans in his entire life. While the military was fine, they weren't equipped to deal with these sort of threats and MI:13 could only deal with so much going on in the United Kingdom before they were worn thin. "It's currently expanding. Worst case scenario is that it expands and takes most of our little isle with it then compresses into a singularity and swallows the entire planet."

"We're not going to be able to contain it--it's way too big."

"I have someone working on that as we speak, gentlemen." Clue said, pointing up at Maya.

"Think she has what it takes to absorb a small star and make it small enough for my men to contain?" Danger asked, his eye winced at the bright light show.

"I have faith she'll do what it takes." A hopeful Clue said, he really needed this to get wrapped up. Fantomes was in the area, Blackman had been abducted, by whom, he wasn't completely sure yet, and who knew what other stolen Fiction Den weapons were in use or still in the wrong hands. No rest for the wicked. No days off.