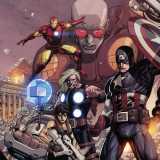 top ten things the Flash series should have.

This post is about MY opinion of how the next Flash series should be made.

This is a top ten points I'd like this series to have.

Though Flash is supposed to appear on Arrow, Flash is not a dark hero. it worked with Batman and Green arrow because of the environment in which they fight, they fight thugs and can be hurt by a bullet or a dog, they also fight by night.

Flash is not this type of guy, first, he has powers,

second, even though he was traumatised as a child, this is not enough to make him dark. he did not choose his powers, they were given to him by accident, while green arrow takes on his cowl voluntarily.

third, Flash's family used to be a normal family, which makes him a normal guy. that involves he does not have to deal with people who want his money.

finally, Barry Allen is the type of guy who jokes in his fights, which must be felt in his adaptation.

What makes Flash a special guy, is that he got his powers by accident. In my opinion, the first episodes must be episodes where Flash is not happy with those powers, but he feels they're an opportunity to change things. The series also must show the evolution of his powers,the difficulty to control them, and how he finds new abilities.

If Gotham or Star city are dark places where kingpins of crime are the law, Central City isn’t.

This is related to the fact that Flash is not a dark hero. Like in every city, it has its dark corners, but they are not as big as the Glades for example. In addition to this, Central City is not known to be a place where dangerous businessmen try to take control of everything… let’s leave it to Arrow shall we?

If there is something that Arrow did well, it’s the investigation on Arrow’s identity. Here, the same kind of thing should happen. Even though Flash would not be the one to murder people, the Mayor is not going to leave him alone.

Another interesting point about this, is that Barry Allen is a CCPD member, in the science department. The science dept is the one most likely to be charged of finding the scarlet speedster.

The rogues are the most important Flash villains. Basically, they are normal humans who commit crimes, but the presence of Flash shows them they must adapt themselves if they want to keep on doing… well… what they do.

One thing I enjoyed about the pre-Flashpoint Flash comics, was the fact that the Rogues were not just the occasional villains, they were given sometimes more pages than Flash. These pages showed how the Rogues struggle with their lives and other criminals. For example, the “revenge of the Rogues” story arc is one of my favorites, because of the differences given to each of them, they have their own reasons to be there, they have their own past, this is something I’d like to see developed in the series.

The second thing Arrow did well is the way they treated Laurel Lance. They made her an impossible goal for Oliver. Even if the backgrounds are different, I think this type of relationship where they avoid each other is a good thing for a series.

As she is a journalist, seeing her trying to find Flash’s secret identity might be interesting.

Even if I mentioned it earlier, I believe the criminal world should be given more importance.

For them, everything rolled pretty well, the police was not much of a threat, they were doing good.

Something that needs to be developed is their reaction to this new vigilante, who can take them out faster than they can see it coming.

Toying with this Flash series will obviously end up with toying with time travel. This can create a good climate for Impulse to make his entrance. Having Barry react to the arrival of another Flash, who, in addition, is his descendant, is a very interesting point to develop. To make it good, they have to give Bart a reason to be there, something which is Barry’s fault.

Also, showing the relationship between these two, the future kid and the present-time adult, as well as how Barry will hide Bart’s origin to everyone is something that can fit.

Introducing a hero with superpowers makes it easier to place cameos. Who wouldn’t love seeing Barry Allen and Hal Jordan.

On one side, introducing too much superpowered beings can ruin the credibility of the series, making it a Smallville remake.

Let’s be realistic, Eobard Thawne(did I spell it right?) is the best Flash villain, the possibilities he offers make him impossible to miss in the series. He is the Flash’s Joker, he can’t kill Flash, but he will keep on ruining his life, until killed. This makes him the one who’s presence should be felt during the whole series, but only to pop up at the end, destroying everything, toying with time and the ones Barry loves.

we don't know how CW plans to introduce Flash in Arrow's second season, but if a Flash series has to be set up from nothing, that's what I'd like to see.