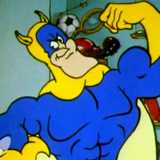 Heading into Chaos City isn't going to be the same without Derek... http://www.hertsad.co.uk/news/remembering_st_albans_comics_and...

@pikahyper I totally understand about the purpose of the data. I have an app that uses the API to manage my collection and reading lists, and most of my edits in the wiki have been triggered by issues appearing in the wrong reading lists or out of order. I could easily just update my local data to fix any weird results I get back from the API but I get a lot of personal value out of this data and would much rather give back to the community and try and improve the accuracy of the original data so that everyone can benefit :)

Thanks for the clarification @pikahyper. In the case of 2000 AD Sci-Fi Special I could make an argument that the numbering is restarted; although it doesn't clash with the old numbering so probably doesn't need a new volume resource. I'll update the publisher and add a comment about the publisher history. My inner DBA still cries at the data inaccuracy in the API though...

I wanted to ask advice from more experienced editors on what looks like a database error to me...

The volume 2000AD Sci-Fi Special ran from 1978 to 1996 and was resurrected by the new publisher of 2000AD (Rebellion) in 2014, but because these new issues have been added to the existing volume, they are incorrectly listed as having been published by IPC Magazines Ltd., who sold the rights to publish 2000AD in 1986 (2000AD has changed hands several times during its nearly 40 yr run, the IPC page has a good list of these publisher changes).

The main 2000 AD volume has been updated to have Rebellion as the publisher; which gives correct publisher information for new releases, but is not valid for issues published prior to 2000, when Rebellion took the reins.

This all seems a bit of a mess, and it seems that the most correct way to hold the data would be to have separate volumes for each period where the title had a certain publisher; however this would mean reparenting a lot of issues that have been in the database a long time and could be disruptive, especially for tools accessing the database via the API.

Another option would be to update the publisher on the Sci-Fi special volume (i.e. follow the precedent set on the main 2000 AD volume). While this has precedent, it doesn't feel like the right thing to do as it is only valid for the most recent 2 of the 20 issues present in the volume.

So would any experienced editors like to comment on whether it would be more acceptable to split the volumes to make the database more accurate, or just to update the publisher on the existing volumes to minimise the disruption to existing issues?

Yeah, still broken for me too. Guess it's not an easy one to track down...

I'm not sure when this started, but it seems that volume searches are currently returning empty results sets.

Which is less than ideal...

The same search was returning the expected results last week, so this seems to be a recent breakage.

Anyone else seeing this?

Looks like this has already been reported on the Bug Reporting forum.

I have also noticed that sometimes the "number_of_page_results" does not match the number of resources in the response.

For example this query:

returns "number_of_page_results": 100; yet there are only 99 volume records in the results list.

Just a quick note to say thanks for this. Very helpful.

I have used your module to build a quick and dirty Calibre metadata source plugin here:

I would have to say Wally.  The Waid / Wieringo run is still the definitive Flash in my eyes.

I had an account a while back but hadn't logged in since April (username: chewtoy).  When I tried to log in a few days back I tried to do a password reset and was told that there was no account associated with that email address.

I assumed that this meant my account had been deleted due to inactivity and signed up a new one (username: chewt0y)

I know I have probably made this worse by registering the second account.  Is there any way to get this sorted either by deleting the old account  or resetting the password on it so I can log in?

Thanks in advance for any help you can give...