If it is Nightcrawler vs Spiderman and Daredevil vs Iron Fist, Nightcrawler loses in a good fight and Danny obliterates DD. Danny beats Spiderman, already weakened by his fight with NC.

agree that Nightcrawler can prob take Murdock alone, but Spidey is there to help out, and Spidey is much faster than Kurt, as long as they stay close together Spidey should be able to handle Kurt for DD. Also how does Fist defeat Spiderman for an 8 out of 10 win?

No morals? Nightcrawler is the weak link as DD and Spidey can both sense him before he's coming and react to him, both are more skilled than Nightcrawler as well. Peter should be able to kill him pretty easily once he teleports anywhere near him. IF is tough, but no morals Spiderman can probably kill him with a few punches, Daredevil needs to distract him a little so Peter can get to him.

Gonna go with Spidey and DD here but no morals IF vs no morals Spidey is a tough one. 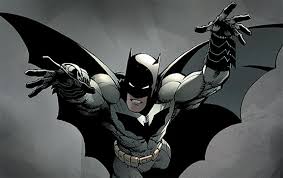 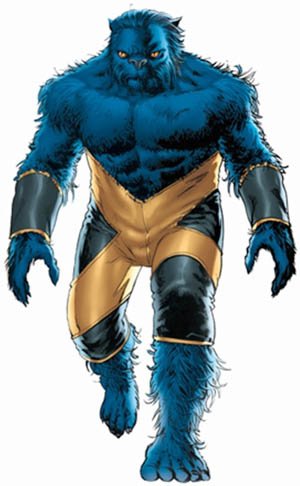 No prep, except Bats and Beast have a few hours to get to know each other and maybe build up some teamwork, during this time they won't know who they're gonna fight though.

Daredevil has one adamantium knife on his body that he cannot use- Once Beast or Batman defeats Daredevil they can retrieve the knife and use it against Cage. DD cannot throw the knife to Cage or anything like that. Bats and Beast know he has the knife.

Standard equipment, meet on a Manhattan rooftop. Morals are on. This is Beast before his second mutation because his current power levels are somewhat unknown.

I have one alt that I don't use, I used it once or twice to make some threads that I didn't think were good ideas but wanted to do anyways...

Millions of years. The dinosaurs were nowhere near as dominant as us humans are on Earth, and look how long they lasted.

Dinosaurs however, did not have thermonuclear weapons that cause fatal levels of radiation pointed at their fellow dinosaurs.

true, i guess as long as we can keep from destroying each other we should last pretty indefinitely

Millions of years. The dinosaurs were nowhere near as dominant as us humans are on Earth, and look how long they lasted.

I'll say Wonder Woman, just for the sake of making all of you think about that for a few seconds. It would probably be a magical fart, too.

didn't develop GL as a character really, it was extremely cheesy as well (n00b GL defeating something that defeated and killed tons of way more experienced Gl's? not heroic or cool, just extremely cheesy and stupid), Parallax was a terrible portrayal, and also about that... they whipped out Hal Jordan's biggest enemy (well, the GL's biggest enemy) right off the bat, which is idiotic in any superhero movie, because after they do that they always have to somehow top that, by making the villain bigger and more powerful (which is even more cheesy and idiotic, look at Transformers for example).... And they also whipped out a lame-ass version of Hammond, which is one of Hal's most pathetic enemies.... its like pulling out Doc Ock and Boomerang, tying them together in some moronic, cheesy way and pitting them against a Spiderman who has had his powers for a week or so, and after some training (beating up Crusher Hogan) he magically defeats Ock and Boomerang.

Oh yeah, and Hal Jordan was a whiny little beotch who needed to grow a pair and stop crying when Sinestro was mean to him. He was literally the least heroic portrayal of a superhero on the big screen I have ever seen. Ryan Reynolds was not a good choice and whoever wrote the script was also a bad choice.

In my mind, the first GL movie would be about Hal learning to use his new powers (hint: training a couple of times with some other GL's does not count as experience, and defeating Parallax right off the bat using some cheesy-ass plot device? Moronic) and making a choice to become a hero (and not in some cheesy-ass scene with some chick, I mean a real, life changing moment in the movie where he looks at his past and maybe gradually decides to become the hero he needs to be)...

Anyways the Green Lantern movie suffered from a hell of alot of mistakes. The directors thought some cool CGI effects and a cheesy cliche plot could make them money, (well it made them 19 million bucks in profit but thats not that much for a 200 million budget) but it failed to make a good movie. Anyways if you can find the most common adjective above, you'll find that I find this movie extremely cheesy and stupid. Definitely failed to meet my expectations and I really hope that next time (if there is one in the next decade or so) whoever owns the rights to GL does a more acceptable job. Seriously, this movie sucks.