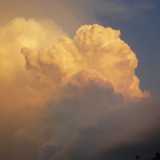 Digitial is for them, as Print is for us.. deal with it.

As a collector who has returned after a decade and half, the last 18 months have been more exciting then I could have dreamed. With the myriad of titles, Marvel VS DC, the strength of the Indies, and the acquisitions of the big two by Disney and Warner respectively.   My young adult visions of what the books could be are also coming alive in the theatres.

Now with podcasts and other various websites foretelling the doom of the comic industry I have been able to abstain from the speculation and emotion of the formats disappearing from the shelves, until now. It’s a matter of choice.   Consumer’s choice dictates where the money comes from in any industry

The debate of print versus digital is one of intrigue. As a reader of multiple formats it occurred to me that the debate is a mute point. Change is inevitable, and the inevitable is change. There is no need to rehash dollar, or rerun the number decline. It all comes down to what the consumer wants.   Consumers taste change. Consumers of any media format will dictate where the dollars come from. Turning on the news you can see this at work. It doesn’t matter if you prefer bottled water, paper or plastic, bio-degradable or not, and decisions about where our electricity will be coming from.

Feeling the book under the hands, the flip, and smell of the pages is how I began as a collector. When picking up a new title, flipping through the pages admiring the artwork I quickly fall into the story line. Of course the story line must hold my interest as well as the transition of the art. Such times bring back the early years when I first started, the excitement is still there. I personally feel that the digital media readers will experience something similar. But there experience will be the anticipation of the notice that the comic has been downloaded. They too will have a ritual. May it be one of checking their phone battery, cleaning the glass for a clear read, looking for links in the extra content, or zooming in/out of the frames to digest what their seeing, and a favorite reading spot. They too will remember those times. They too will collect, and they too will pay for “gimmicks” as we all have for the past 20 years.

There is a strong chance that the digital format WILL become as collectable medium as the paperbacks and trades. Allow me to explain. In order to understand this, the “traditional” collector will need to acknowledge their biases and compare one collecting style to another.   The traditional collector is looking for a title that is in a condition and format that falls within their dollar tolerances. Now the truth of it is that the collector is collecting 1 issue of a print run of a numerated title run. This is the most simplistic of course, and there is the key for the digital media to be collectable.

This is what I foresee.   The digital titles will become numbered as they are sold. In doing so, the digital providers will give bonuses to the first “X” number of orders.  The media will be registered of course to the buyer. A digital trading house will evolve.   Say that I have title X with a digital sell of  1, 788 and there is a 2 cover that I want that only which available if I was in the top 1,500 then I would go to this trading house, offer up my copy and offer compensation to get someone’s registered number that is < 1500. Of course the closer you get to the top 10, 50, and 500 of course the cost goes up. There you have it. The goal is to be number one, very similar to the desired CGC 10 titles.   The older the digital rights are, the harder it will be to get the rights. Again very similar to find that higher grade comics for sale.

In this new digital format the possibilities would be infinite. Anywhere from tying movie ticket sales, special cover variants, autographed plates, meet and greets, comic cone invites, lifetime subscription and so on. All of this could be tied to the digital sale # count. Of course this would cause a massive run on the digital format when it’s released, and result in what is needed, sales.

The paper, and the trade formats will stay “married” with the digital release for several years. During this time there will be a steady weaning of the paper medium. Like with the CD sales, there will still be a slow trickle because of those who will not make the jump to MP3.   Another example would be the trend from hardback to paperback literature books. Literature paperback books were cheaper, more cost effective, and easily disposed of. For most individuals, such as me, who still preferred hardback versions they are available but require special orders with substantial cost up front?   So comics themselves will have the trades proliferate and more of a premium for the singles.

Nostalgia, digital potential, and choice.   It will be the consumer who dictates how the industry survives, and DC with their re-launch will be proven as a prudent move. Apple was being shown the door 15 years ago then invested in the MP3. Apple now is the industries trend setter.   The Stone Age didn’t end because we ran out of rocks, just new technology came along, and the last comparison.   Horses didn’t disappear from the earth with the advent of the automobile, and that too continues to evolve.

LCS vs Online, Conveniance vs Expectations


It has been many months. Those months have come and gone without much notice in My world of comic collecting save one, who gets my money. Yes it’s April, and no this is not a lame attempt to create more lame tax jokes. There is, my friends, a joke and I have found myself at the butt of it seams.

For the past 2 years I have patronized a LCS loyally. Every two weeks or so I enter My LCS as if I was a returning king, ready to claim the spoils of my pull list. This service is one of many that I enjoy especially the 10% discount that I received for being on the pull service and the quarterly closed door back issue sales through the year.  No mind you over such little tenure of 2 years I have come to know my LCS pretty well, and easily can carry on any number of comic related conversations to nausium.  AS much as I enjoy being pelted by the smell of fresh comics as I enter the store, I find myself asking why I even come.

Now for the diehard story collector in geek tom that relishes the conversations of Batman Inc, the Emerald Warrior looming wars, or the newly revealed tales of Darth Vader I can see the appeal. As for the diehard collector of the book itself that represents more than a mere story, but possibly a work of art carefully collected in 20-32 pages of ink impregnated virgin paper, not so much eagerness. Least I digress, allow me to quickly get to the point.

On my most recent adventure into the world I retrieved my comics from the LCS. Now imagine my surprise to find bent and ruffed edges, torn pages, and the horrifying finger smudges (they do eat allot of pizza) on a few covers.  After my repulsion of the condition of the books that I have now in my possession I did have to take stock in what I was getting and for the cost. The pull  services is provided free of charge, yet no back/boarding service. I did get the issues that I would have otherwise missed. I also was able to do a couple of quick pulls off the shelf if issues I just didn't see in Previews.  The downside the displayed titles are displayed in a newsatnd fashion, so just to find  a descent title that hasn't been smudged or its spince snapped was an adventure in itself. I do admit, convenience is, nice.

Now over the past few months almost a year now, I have begun to patronize an onli ne subscription service. A bit more tedious in scanning a 100 or so publishers, and 1500 or so solicited books for my consideration. I admit that there is no talking of what lies in store for some of the publications, costs of the titles, or what happens in the story line. No, none of that camaraderie in an LCS, but I can buy most of my books up to 45% off the cover price. In the 70 or issues solicited each month, I have only received about 3 issues that had any noticeable blemishes. Now I am having them boarded and backed for a nominal fee. The boards are sound, and the bags, well, not the quality that I prefer, but a short term convenience that I am willing to accept. Another down side is to keep costs low; I opt for single month shipments.

The conundrum is this. Do I continue to stay loyal to my LCS who are truly engaging in conversation, brings new titles to my attention and who need business as mine to keep their doors open. Or do I go with the online subscription service and save money, buy more books with the savings, but only have delivery once a month.

There is no real answer depending on the other personal values you would put on money or human interactions.

AS for me, I have decided to shift the more expensive titles to the online service where I can get 3.99 titles for 1.79 cover. All the other titles that are 2.99 or less I have decided to give my LCS the business.  This will satisfy both worlds for a time being. I will enjoy the camaraderie of the LCS despite the bent books, which I won’t pay more than 3 for and the savings of the online subscription, even though I get books once a month.

I do not wish to buy comics from so many different sources, so it just came down to expectations and convenience, where there might be a happy medium.

Blogs Created:
2 blogs
Most Commented blog:
Digitial is for them, as Print is for us.. deal with it.
Total Comments on blogs:
1 comments