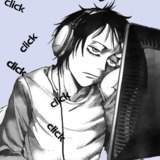 We are there when the Goodie-two-shoes fail

A nickname given to this area by it's inhabitants,The crypt is a dark,no sunlight,underground military base.It was formerly used as an Medical-Experimentation facility.
It has the simple area for socializing.Containing Couch's,a small TV,and a kitchen.

It has a training area with ,A Fight Ring,and a shooting range.

And It has the "Dirty Business" area,which contains a Bounty Board,Interrogation room,The Weapons room, and the way up to the upper-world (elevator phone booth).

DANGERS:
This place is full of it's dangers.The place connects to an huge cave system which is mostly un-explored.

Crimson Death Vipers- these little snakes are only  4 feet long at full growth and they weigh about 14 ounces, When they bite their venom causes the veins that are touched by the toxin inflame causing the blood to build up in till it starts to try to find new ways out like the pours (just in case you don't know Veins take the blood away and arteries bring it in) the best thing to do is to gather leeches and have them feed wall you wait for the venom to die off.

Mercenaries-
These guy have made the deeper part of the caves their home,and they don't like us.Bad combination.

These guys are your teammates,not necessarily your friends but they're still your team


Bio: Codi was born at the end of the civil war. His father had been a northerner who had been slain in battle so his mother took him back to England where his rich grandmother had been living. He discovered at a young age that he could heal super fast so when the time came that his grandma wanted to send him to the big bad scary boarding school were they trained young boys into Generals for the Queens armies. He loved to study all the various tactics and weaponry that they taught him so he was at the top of his class. Due to his success one of decided to take him to Africa were they were trying to defeat a clan of Zulu warriors. Codi was the only survivor killing a third of the group that had ambushed them. they took him prisoner and tried to kill him in many ways eventually giving up. Codi learned their ways and met up with a gentle man named Robert Baden-Powell. The gentle man took Codi back to England teaching him all of the survival thing that his Scouts were learning. once Codi got back he found out that both his mother and grandmother had passed but that he had a brother. This shocked him because well he thought he was only gone for at the most a year when it had actually been 20 years. So he Fled east wondering threw the countries picking up their fighting styles and learning how to use their weapons. one time wall walking threw china Codi had been attacked by a Tiger when it left Codi fell back and felt a great pain in his forearms but then the tiger had fallen next to him with 4 bone spikes in its head. After months of trying to recreate he learned that with his thoughts he could grow and shoot various bone things from his body.  Codi had returned right before the first world war and served with England. he kept that up till some time in the 70s when Codi was singing "God Save the Queen" a mysterious man named Rene walked up to him and said that he wanted to use Codi's voice in a band but and that he had a perfect group of people as long as Codi was okay around mutants. He chuckled and shot a bone spike into the ground making Rene laugh. So he met Fredric, Lilith, and Raphael and, they have been rocking it since then being very popular but under ground with their first hit "What the F#$K do you think you are?"


Super-Name: Scorn
Powers: Heightened agility and senses, rapid regeneration, and amphibious breathing.
Gender: Male
Height: 5'8''
Weight: 175 lbs
Eye color: Green
Hair Color: Black
Bio: Scorn was born in a laboratory as a synthetic mutate, his DNA was spliced with animal characteristics, namely amphibian and reptilian DNA. He was subjected to experimentation involving chemical hypnosis and constant genetic alterations. He now considers his career a "black market handyman". He does work as a thief, a private investigator, a weapons' "refiner," a bounty hunter, a bodyguard, and almost any other job he can get.

Mini Bio:   Frank Martin, formally driver/bodyguard has acquired many achievements in his life, aside from being a retired, but decorated navy seal and a former S.A.S commander, he has also acquired black belts in Aikido, Karate, Kendo, Judo, and Muay Thai. After quitting his job as a driver/bodyguard to pursue his true passion (That got him to join other military squads) To be in a secret organization and be ranked as an  ace agent. After giving himself a good record in the past decade, he received a call from an anonymous caller (Who he later found out was the general in the S.P.A.T.A.S unit and became a close friend together with his teammate Marky) to join their squad. After receiving their highest possible award in only two years. Frank stayed in the S.P.A.T.A.S unit for two more years after their general was attacked. Beaten but not down, the general closed and shut down the S.P.A.T.A.S unit and declared the branch dormant. For security purposes.  After a few months, the general permanently shut it down and commanded his members to find other jobs while waiting for a possible new team. Now, Frank, know as Agent Ace, newly joins a new team called The Expendables that he hopes, would bring him the same if not better and more exciting adventures and missions.