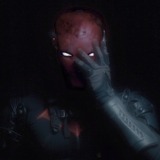 Back by popular demand...

2. In a fit of anger Cassuis once punched his laptop so hard it reverted back to Windows 95.

3. Due to the insane amount of money spent by the family on high-end fashions, their tailor is now on the Forbes 400 richest people.

4. Quintus mass resurrections have been due to both God and Satan kicking him out for trying to monopolize the blondes in Heaven or Hell.

5. Andres developed a technology to freeze time so he could stop and fix his hair mid-battle when necessary.

6. Ellie became a lesbian after watching her man-whore brothers paint the town as she was growing up, turning her off men forever.

7. Andres disposes of his outdated suits with the same care and respect as the military do with retired American flag

8. Its said that in order to truely kill a Knighftall you must first become one

10. Cassius still believes most technology to be witchcraft and his family to be wizards

11. Jayden is the child support agencies all time most wanted

12. The mexican tribute Knightfalls have disbanded. Running costs on Mexican Andres suits was to high.

13. The amount of memory required to store Andres mind is roughluy the same as Ellies cat pics folder