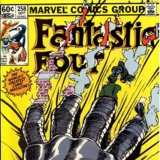 On my way to see the Winter Soldier!

UPDATE NOTE: UPDATED Q3 FIGURES ARE DISPLAYED IN THE COMMENTS.

January 2015 marked the start of a new era of Star Wars comics as the publishing rights moved from Dark Horse after the purchase by Disney. Since the beginning of the year, four books have been released in the Star Wars line: Star Wars, Darth Vader, Princess Leia, and Kanan. Those four books have been a juggernaut in the comic book world over the past six months. Using the monthly Diamond sales on single issues (which is not a perfect gauge, but the best estimates that we have), the Star Wars line would be the third largest publisher based on revenue in the business only behind Marvel and DC.

The Star Wars series itself has sold more than every publisher in 2015 except the Big 2 and Image. Going forward, the line will also be bolstered by Lando in July so it has the potential to continue its torrid pace in the sales charts.

What is most amazing though is whenever the Star Wars line is compared to total sales for all of 2014. 3.65 million units and $15.9 million in sales is more than all but the Big Two and Image sold for the entire year.

The success of Star Wars does raise some questions for Marvel going forward. Currently, these four books that comprise their Star Wars line make up approximately 19% of total revenue for the year. That percentage will decrease as Secret Wars continues to produce large numbers, but it is still remarkable to think that 4 books that are essentially licensed property are generating a fifth of the revenue for the publishing side of the company.

It will be very interesting to see how Marvel handles this success of the Star Wars universe. Will they be putting their creative efforts into expanding the universe instead of trying to develop lesser characters in the Marvel U? Will the top creators be ushered away from the Marvel books to headline the Star Wars Universe?

I have yet to read any of the Star Wars books because I have never been very interested in that Universe, but I am interested in seeing how it plays out from the business side to see how Marvel capitalizes on this property that has fallen in their laps.

This is a good post. And it shows the perks of being bought by disney. It is also good to note that Marvels sales increased over DC's when Marvel started to publish the Star Wars Line.

@comicawesome: Thanks. It looks like if you exclude the Star Wars books, Marvel is still on pace to be approximately $40 million in sales above DC like last year. Without their September gimmick month, it'll be interesting to see if DC can even match 2014 sales. They are currently about $5 million ahead of where they were this time last year, but they also had a $6 million revenue boost in September which had some trickle over into October as it seems it kept some new readers on certain books.

Never underestimate the power of The Force.

@spidey_jackson: Thank you. I wanted to do it after the first quarter, but got too busy and figured I'd wait until we got halfway through the year. I will probably update it after year end to see how much they sold after they introduce the Lando book and Chewie and whatever they are planning on releasing later in the year.

I'm concerned that it will make Marvel put more of their focus on the Star Wars Universe than on their Marvel Universe if it stays successful and each new book they release gives them a big bump in sales. It'll be interesting to see which creators start to focus on Star Wars.

Star Wars continues its torrid sales pace through the 3rd quarter of 2015. The 5.3 million units sold and $22.35 million in revenue comprises 17.8% and 18.4% of Marvel's total units shipped and revenue , respectively.

To me, the big surprise is that the percentage of total sales has only dropped negligibly over the quarter (18.7% of revenue at end of Q2). The continued success of new releases has been very impressive. Lando opened up to 193K units in July and sold another 140K units in August while Shattered Empire sold 209K units in September. I thought that the percentage of total revenue would take a huge dip after Secret Wars got under way, but that has not occurred at all.

Additional of note was that while the Star Wars books did not sell as many units as Image, they did manage to generate more revenue making them the 3rd largest publisher if they were spun off on their own.