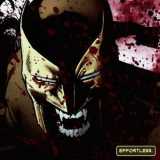 Glad to be back! 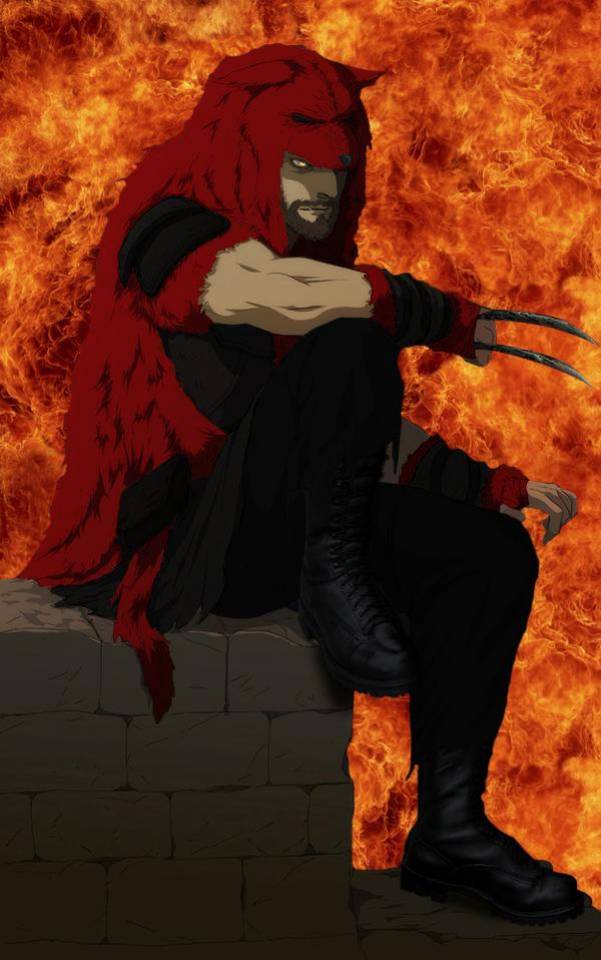 Other Aliases: The Brimstone Wolf. Wild Side of Predators.

Base of Operations: None.

Distinguishing Features: The veins within his arms glow bright red and appear as if they are internally burning with a substantial amount of heat.

Liam displays many characteristics of modern day feral wolves. As part of his mutations, he possesses heightened and acute senses. He is capable of seeing at far greater distances and in complete darkness, this is partly as a result of being able to view in the infrared portions of the spectrum. He can detect sounds that others could not be able to and from great distances. He is able to detect and recognize people and objects by scent, which becomes useful if his targets rely on stealth to their advantage or when he is forced to track targets. He is capable of suppressing his own scent to such a high degree that only others with empowered senses such as himself can not detect his presence.

Canine's skeleton possesses four retractable bone claws, two housed in each forearm. These claws can be released at will through the skin between the first and third knuckles of his hands. Blackish-silver in color and slightly curved, they are made of reinforced keratin, an enhanced biological material that is harder and denser than normal human bone. They are sharp enough to slice through most substances with ease. However, there are a few particular substances (ie, Adamantium, Vibranium) that are durable enough to resist the striking force of the claws and cause damage to the keratin. Due to an accelerated chemical process in his anatomy, Canine's claws are able to repair themselves if damaged or broken.

Canine's jaws are immensely strong and contain sharp retractable canines (fangs) on the upper and lower regions. Extremely sharp and durable, these canines along with the strength of his jaws can rip open almost anything they bite into often within a single motion. Canine's bite can be a deadly encounter, as the fangs release a blood-corrupting virus. When released into the victim's body, the virus attacks the entire Nervous System that severely fatigues the victim.

Gifted with natural enhancements to his physiology, Canine's body has been increased to the maximum. His strength, speed, stamina, agility, durability, reflexes and perception exceed the highest limits of natural human potential and extend into superhuman. A unique feature to Canine's abilities is the manipulation of his body through flexing and relaxing his musculature at hyper-accelerated speeds, enabling him to perform short dashes of speed faster than the human brain can process. This ability also grants him to pounce at his intended targets and tackle them with devastating speed and strength from various close-ranged distances.

Canine’s metabolism is significantly mutated. Where the chemicals in his body process at a faster rate that can repair damaged or destroyed cells much faster than humans. He also generates a resistance to most diseases, toxins and chemicals, allowing them to burn off at a rapid rate. From the unique chemicals in his body, his skeleton is reinforced with naturally occurring carbon fiber, making his bones extremely durable and resilient to damage.

Due to his predatory mutations, Canine is able to consume the blood, raw flesh and organs of living species without any ill effect on his body. From this, he will gain nourishment and speed up his healing factor when severely wounded. Although these two sources of nourishment are satisfying enough for him to survive on, he still prefers the taste of human food.

Canine is extremely vulnerable to sonic sounds due to his enhanced hearing. Depending on how strong the sound is, his reactions can range between discomfort to physical pain that can eventually render him immobile and/or unconscious.

Canine can be slowed down or even stopped temporarily by blunt force trauma to the head (ie Gunshots have put him down but for only a short period). He can be possibly killed if his head is separated from his body.

Canine has a unique weakness to high voltages of electricity, that when coming into contact, his accelerated healing drastically slows down. A wound that would normally take a few moments to fully heal will take considerably longer.

If Canine digests decomposed flesh, he will become severely poisoned. His body will begin to shut down and he will be reduced to a paralyzed state, which will leave him extremely vulnerable.