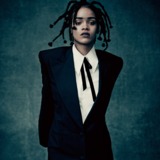 Take me Under - Tdot Illdude

Why did this have to happen in Florida? Why?

I can't even bring myself to watch the video, to be frank. Hopefully those kids are identified.

I can't wait til Black Panthers movie comes out. That should give us an even better idea of who wins. From what I read in an article, they'll be taking a lot from Coates' run and putting it in the film.

Are they really? Hopefully they wont be taking too much inspiration, because his run on the character is just abysmal.

@jumpstart55: None of those comics were canon, though, were they? If we can use non-canon material to our advantage, then Batman also beat the Hulk, who is far more powerful than anything in the Predator universe. Heck, some non-canon versions of Batman also beat Superman, since we're now allowed the use of non-canon stories apparently.

It's nothing major, I was just wondering why some people pick and choose which non-canon stories to religiously cling to. Don't mind me. . .

(oh but on topic, Predator wins)

@solid_snake97: Oh I know what you mean. My best friend is Chinese and I remember a few years back when he told me that I couldn't come in his house because his mom didn't trust black people lol.

Asian parents are shameless about their racist remarks lol

I'm laughing so hard because I know from first-hand experience how true this is, unfortunately.

Just asking, but has it happened to you (or, have you witnessed it or something)?

@sophia89: I agree, sophia. I guess we just have to wait and see what happens next.

@asgardianbrony: Fair enough, and agreed. I mean, even in minor roles (Perry White, Jimmy Olsen) people complained, so it's not like it's a one-way street, which is what I'm saying. Because it's really, really not. Personally, I think that attributing the failure of this movie to the race of The Major and not the plot is pretty silly, but that's just me.

if its fine to be upset about whitewashing then it should be fine to be angry about blackwashing and vice versa. im not "acting" like anything, I know people were upset and I was one of them. my comment was to say everything's a double standard, if you dare criticise a black casting people say your a racist or your "raising red flags", however its totally fine to pan a movie and get angry if the actors are white. its ridiculous.

If you're going to complain, then complain about both. Yes, some people get mad when a white person is cast in a minority role and not when the inverse happens. It's the exact same way that some people complain whenever a black person is cast in a white role and simply say "who cares" or "stop whining" whenever the inverse happens. It's not as if double standards don't exist on both sides, so I don't see the point in complaining when one does it but not the other.

I really don't feel that the movie failed because of white-washing, and honestly things like this just seem like a waste of time worrying too much about.

so your saying somebody should not get a role because of their race? that sounds racist to me...

The first part of your post is one of the silliest things I've ever read, because you act as if people on Comicvine and the internet don't complain for weeks whenever a white character is cast as black. You act as if people didn't make threads left and right bemoaning the casting choice of Michael B Jordan as Human Torch, or that people didn't get pissed when Keiynan Lonsdale was cast as Wally West in the Flash show. Or when Tessa Thompson was cast as Valkyrie for Thor: Ragnarok. Hell, people even complained when Samuel L. Jackson was cast as Nick Fury in Avengers, even though he was the literal inspiration for the Ultimates version of the character. And if what you're saying is true, then that would make all of these people (including the minorities that complained about the casting choice) racist.

@sophia89: I'm not 100% sure how to react to this whole situation, but I personally feel that it was pretty irresponsible. In fact, Lunacyde actually summarizes my initial reaction/thoughts on the matter pretty well:

“Our prior interventions in this region have done nothing to make us safer, and Syria will be no different"

What I want to know, Sophia, is what does the reaction on the right seem to be (or at least, from what you've seen)? I know some people, like Mike Cernovich, PJW, and Ann Coulter condemn the strike, but others seem to change their tune almost overnight from non-interventionism to "so what about the dying children??"

I mean, I've seen some of these same people bash Hillary because of her position in favor of establishing no fly-zones and dropping bombs, and it is one of the main reasons why many of these people voted for Trump, and now some are praising/supporting his decision. I just. . .don't get it. What are your thoughts on the matter?