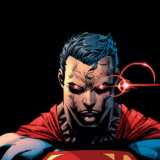 Black Panther vs. Luke Cage: Who Would Win?

I have a question for you guys. Who do you think would win in a battle. Black Panther or Luke Cage?

Luke Cage (named Carl Lucas at birth) was raised in the slums of Harlem, New York. He spent his childhood in a gang called The Rivals along with his friendWillis Stryker. Lucas engaged in many gang fights with The Diablos, a rival gang. He also committed petty crimes and worked for a crime lord named Sonny Caputo.

Eventually, Lucas was put through the juvenile justice system and realized the pain he was causing his family. He changed his ways and in his adulthood, he joined The NYPD ( New York City Police Department) as a police officer. Willis Stryker rose through the ranks of crime. Stryker's actions brought the anger of The Maggia, a New York crime syndicate, upon Willis. The Maggia ordered a hit on Willis and he was badly injured, only to be saved by Carl Lucas. Stryker's girlfriend Reva Conners grows fearful of Willis' line of work. She breaks up with him and finds comfort in Carl Lucas. Willis then believes that Lucas is the one responsible for the break up between him and Reva. In revenge, he planted drugs in Lucas' Harlem apartment and tipped off the cops. Lucas is then wrongly convicted and imprisoned.

As a result of volunteering for a chemical experiment involving AVX, Luke Cage possesses formidable superhuman capabilities. His physical attributes have all been enhanced to much higher levels. Cage possesses superhuman strength which allows him to lift up to 25 tons. He has considerable stamina which allows him to perform strenuous work without taxing himself for extended periods of time. Luke has nigh impenetrable skin, which can protect him from high caliber bullets, knife wounds, and powerful explosions. His durability is great enough for him to withstand blows from opponents possessing great superhuman strength. However, Luke's durability does not extend beyond his skin layer, as his internal body parts are not nearly as well protected. Thus, as he may be all but invulnerable externally, his interior parts can still be damaged if he is attacked with enough force. In addition to his heightened durability, Cage also has greatly accelerated healing which affords him the ability to recover from injuries and damage much faster.

The Black Panther is the ruler of Wakanda. Citizens of the country are members of a spiritually-based warrior cult, which gives the leader of the country spiritual, political and military authority. The Panther is a hereditary title, but one still has to earn it. The series of test that a Panther must pass are so arduous that only candidates who've had special training from childhood can qualify. But just so everyone gets a chance, once a year there's a day when any Wakandan can challenge the king for the throne. T'Challa being the son of T'Chaka put him in line to be the next King of Wakanda and Black Panther, but even as young super genius T'Challa was not yet ready to become the leader of the nation, but felt his childhood ended the day his father die and that it was time to start act as a King would. So S'yan, T'Chaka's young brother & T'Challa's uncle under took the Black Panther trials. S'yan passed and became the Black Panther. During his youth, T'Challa while on his Wakandan Walkabout/Rite of passage met and fell in love with apparent orphaned teen named Ororo Munroe, and later known as a member of the X-Men, Storm. The two broke off there relationship off due to his need to avenge his father’s death & to become the type of man who could lead the nation of Wakanda, but they would see each other over the years when they could. After studying Wakanda young T'Challa traveled around the world to learn, study and train.

Thanks to the Heart Shaped Herb , T'Challa has enhanced speed, agility, strength, endurance, healing and senses. All of these attributes have been raised to near superhuman levels. With his enhanced senses the Black Panther can see in complete and total darkness as if it was bright as day, and can see something 100 feet as if it were right in front of him. With his sense of smell he can track someone across a continent with his sense of smell, memorize tens of thousands of smells and can detect fear lies in a person. He can hear things that normal humans can't as well as sounds that they can, but at a distance not possible with normal ears. He can hear the breathing and heartbeats of enemies. With his sense of taste he can determine any ingredients in anything he eats. He can use his senses together to sometimes predict his opponent's moves ahead of time.

The Heart Shaped Herb also created a connection between T'Challa and thePanther God, the deity his people worship. On top of all his powers, T'Challa is a skilled martial artist. He learned to fight both at home (from the best warriors in Wakanda) and abroad. When he was still a teenager he traveled the whole world to learn various skills, some academic and others focused on physical combat.

Captain America entered Wakanda during World War Two on a search-and-destroy mission. He was hunting Nazis who were out to exploit Wakandan science. Cap didn't know the Wakandans had already beheaded the Nazis days ago. Black Panther (Azzari the Wise)and Cap had an extended hand-to-hand battle. And Cap lost.

In addition to all his physical strengths, the Black Panther is an intellectual giant, he's one of the eight smartest people on the planet and in the marvel universe. Not only is he recognized for his brilliance by his peers across the seas, he's one of the smartest of his own people, which is impressive considering that his nation holds some of the smartest people in the world.

T'Challa is a scientist, an engineer, an inventor, a aviator, a weapons designer and a tactical and strategical genius. It is T'Challa who designed the Avengers Quinjet, and the Wakanda Design Group built it. T'Challa is also the religious leader of his people. He has access to the wisdom of the previous Wakandan chieftains, whose souls dwell in the Panther Pavilion, a holy temple within the city. Once he even encountered and fought the embodiment of his God/Tribal Totem The Panther God when it manifested to test his worthiness to remain the tribal leader and to also punish him for maintaining a policy of neutrality toward South Africa during Apartheid in the 1980's.

So who do you think would win?