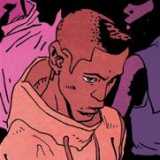 Stormwatch As It Should Have Been 4

Stormwatch #7 - Supercritical, Part One by buckshotwashere on March 07, 2012

Warning: This wasn't a review when I first wrote it and I still don't consider it to really be one. It's me gushing.This is one of those times where I just want to say "Oh my God" like 50 times and have that be it. Of course, no one would understand what I mean by that so it would be pointless for me to actually post a blog with that as my content. Have no fear, I've already said it 50 times so now I can write. I hope.I think I'll start with: THIS IS WHAT I WANTED! What that means is this: I'm s...

(Maybe Spoilers)  OMG! Ok stand back just a little, I've got to get this out of my system.    You didn't experience what happened in the two minutes between the previous line and this one, but trust me, I needed it. I liked this issue. A lot. I've liked what's been going on with The Authority since they've taken off, but this issue was great. I don't usually write reviews, don't think I'm very skilled at articulating what I like about things, but I liked this a lot so I feel like it's w...

Can this possibly get any better? 0

The Secret History of The Authority: Jack Hawksmoor #5 - Highways & Byways by buckshotwashere on July 25, 2008

That was incredible. I don't know what I was expecting, but I got so much more. The biggest thing was the explanation. It was all explained here. Not just what's going on with this miniseries, not just what happened to Jack that made him what he is, but almost a whole universe based around what Jack is, was revealed in this issue. I can't really explain it without messing it up or just not saying everything. You should read it to find out. It's great though. More than I could ever have imagined....

Gage's Midnighter isn't the walking slaughterhouse (at first) that we've come to know and love, but that's not a bad thing. I loved the way everything went. Even when Midnighter is being shown in a different light, he retains all the dark humor and ultraviolence that he's known for. When Jack Hawksmoor sends Midnighter to get in touch with his human side and act like a normal hero for once, he gives it a genuine effort, but the world he lives in takes over and a simple errand turns into a fight ...

No, it's not stapled wrong. Thats what I thought when I first got Midnighter #7. I opened it up and I'm greeted with "The End." I read a few more pages and figured out what was going on. I had to really stop and think, do I want to read backwards like they wanted me to, or should I read it in order? I chickened out and flipped to the end. At the end/beginning I read, "Hi, I'm Midnighter. I already know exactly how this story ends." With that I was forced to go back to the beginning and read it f...