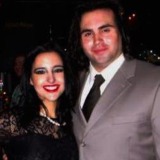 THE FIRE RISES! Today is the last day to vote guys. If you guys can throw in your votes to help my friend out, the artist of the shirt, he could possibly get picked by Christopher Nolan and have his design turned into a shirt for the upcoming Batman movie. Right now he's at like the top 5, so please if you can help him out. It just takes like 2 seconds to make an account on there, which sucks I know but it really isn't that bad. Honestly,I would love to see this turned into a t-shirt, and not just saying that because he's my friend. I loved how he approached this with Bane, by giving it this propaganda dictator look to it, and the colors he chose. Anyways, midnight is when the voting stops. Thanks everyone :D http://www.designbyhumans.com/vote/detail/101061

If you have seen Bronson, it's not too far off from Bane's origin. Since, Bronson has basically lived his entire life in prison.

Beware of Bane Cause He Is Coming


Now that Bane is gonna be in the Dark Knight Rises. I'm pretty certain we'll get to FINALLY see Batman and Bane going at each other's throats in the movie. Like here in this clip in the revamped Batman Animated Series. You'll see now why I'm such a Bane fantatic. Watch and enjoy. :D


Tom Hardy is now Bane in the new Batman movie and I am absolutely trhilled that Bane is in it. In Bronson it certainly shows that Tom can portray the true comic book incarnation of Bane that we did not get in the travesty that was Batman & Robin. We will finally get the true Bane,which was a prisoner since he was 8yrs old in a South American prison -for the crimes his father committed . Mind you Bane isn't just an un stoppable physical force. He's also a serious mental threat, with wits that are as formidable as his muscles. Now Tom just needs to get on Chri ... s Hemsworth's (Thor) workout regime to and diet plan to pack on the muscles to play Bane. I'm confident he can do it. Just watch this video and you can see what I mean. When he played Bronson ; which is based on a real person.


So apparently whoever is running the Vitrix Model Team contest doesn't know WTF they're are doing. They have cleared all the votes TWICE cause apparently there was "cheating" going on and were trying to blame the contestants. Anyways they claim they have "fixed" the problem & won't be anymore of clearing the votes again. So let's hope that's true. So please don't give up on my friend Mand i Brooks on winning this contest. We REALLY need your votes to win this bad boy. Thank You ALL So Much :D http://www.vitrixmodelteam.com/         And just so you know she's a HUGE Wonder Woman, Catwoman, Wolverine,Superman and Batman fan : no joke . So she's a fellow geek like me and you. :D Ha Ha -  And these pics are not photoshopped except for maybe 2.

Once again thank you guys and gals XD
3 Comments

Need Some Big Help From My Fellow Viners !!! :D


My good friend Mandi Brooks is in a modeling contest and really needs your votes !! You can vote once a day from your pc and once from your phone until Feb 15th. Please go to http://vitrixmodelteam.com/  and click on cast your vote and click on Mandi Brooks and then click vote !! And don't forget to VOTE every day !! Thank you all for your ... support!! :D


*UPDATE*
I don't know who's in charge of the Vitrix Model Team site and the contest , but they have cleared the votes TWICE now. Due to their claims of "cheating" involved. Which is bogus to me. They say they have fixed the problems and won't clear it again. So please don't give up on my friend Mandi Brooks . Because we need ALL your support to win this contest XD - Thank You guys and gals. :D
4 Comments


Just curious what fellow comicviners well be attending Comic Con this year ? I ask this because I think it would be great to meet one another. If you're going and you happen to spot Casey Jones walking around it's me Bruce Vain. So if you see me please feel free to say hi to me and take a pic with me . =)

And if you're going will you be cosplaying there ? If so as who or what ?
192 Comments


Ever since season 7 I've become a born again Smallville fan. I'm finally happy they got rid of Lana (she was becoming a drag) & are having the show become more like him being Superman. The way this season just ended gave me goosebumps and a taste of things to come for next season. Seeing the little clues of who might possibly be the next baddie just makes me grin like a mad man. With certain clues that I hope will be ; like Green Arrow yelling out it's not Kandorians & making me believe it's Parademons, the rise of Intergang, seeing the dream of Clark in the suit leading to next season hopefully he will be wearing it , & the Old Lady in the hospital possible being  Granny Goodness & kidnapping Tess to be one of her Female Furies. Fun Fact : Granny Goodness pet dog was named Mercy. Though I doubt she will be turned into a dog , like I've seen people have been saying in forums. But I do believe she WILL be treated LIKE a dog. So putting all these together just makes you go yessss Darkseid is coming. :-D . Also, what other major baddie of Superman can you think of be the main villain for next season besides Darkseid ? I can't think of anyone else BUT him. And seeing how Doomsday turned out I could actually see it    be pulled off since I was surprised how well Doomsday had looked. Since Tom Welling annouced today that this will be the last season. They should just go balls to the wall & go all out.  Bring back Toyman, Metallo, Parasite , Brainiac, Silver Banshee & Doomsday. Perhaps introduce Conduit maybe. And Mike should return at least a couple episodes as Lex. Grant it he said he doesn't plan on it, but seriously man it's not like you're really doing anything else. Introduce New Genesis with Orion, Highfather, Mr.Miracle, Big Barda, & also on the Apokolips side Stepphenwulf, Kalibak & the Female Furies.

Now the question is who could or should play Darkseid on the show.

Now true Michael is already on the show as General Lane ,Lois's father ; but we haven't seen him in a while. I mean he was the voice of Darkseid so I don't see why it couldn't happen. And besides all he would have to do is wear the muscle suit and prosthetic mask and you won't recognize him.

Some might laugh at me saying Gene but I  can see it actually work. He has this very calm demeanor very Darkseid like. He has the height, the voice and the mug to pull it off. If the muscle suit could work for Vinnie Jones & Tim Curry it could work for Gene.  Gene is a big comic book guy mainly Superman. Not only that ,in a Wizard magazine interview he was asked. If he could play any villain who would it be ? His answer was Darkseid. After thinking about it I was like you know what I could see him actually pulling that off. Maybe not for a Superman movie but for a show like Smallville , why not.

Anyways just figured I share my thoughts on whats gonna happen or should happen in next season of Smallville.
Start the Conversation

So last night I stumbled upon leaked pics of Rodriguez's upcoming film Predators - directed by Antal Nimród    ( Vacancy - Armored) a relatively unknown  director. I was able to snag the pics before they were removed, and felt I should share it with my fellow Comicvine people. Personally, I don't know if I'm crazy about Rodriguez doing this. As much as I love his other stuff and being a huge Predator fan since I was a child. When those movies were coming out back then and when Dark Horse would release all those Predator & Aliens comics. Ahhh those were the good ol' days. But the idea of Robert & the Predator franchise combined just doesn't seem to fit to me, or his cast that he has lined up to take on the Predators on their homeworld. Then again I could be proved wrong when this film comes out. I do appreciate how he's going by the late great Stan Winston's designs of the Predators and not the Paul Anderson version. But it just seems like something is off about these Predators. Just seems like they don't look right to me. I don't know I could be wrong.

Here are the images :


What do you think ? Do you love it or hate it ? Do think this might bring back the Predator franchise back to when it was good or should they just let it go ? It's gonna be hard to compete against Arnold's commandos when it took just ONE Predator to take out his team. Now you got a team that's suppose to take on more than one. I guess we'll just see.