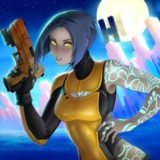 @kingxix: For some reason I thought it was equalized so Asta could hit Katakuri without slicing Mochi.

@infinitedrimuru: I love how I said team 2 instead of team 1. I normally see the DB characters being listed first and that got me distracted from what I was writing xD

How would the Anti-Magic and armament haki react to each other? I'm curious about what would counter what.

Can Tobirama create sea water? That would help them a lot against Logia users like Enel and Akainu.

@darkyoda: Even Moro could lose against some characters. Not saying he would lose every fight against someone with equal stats. But it would mostly fall into "What character has better hax and who has an easier time using it?"

@tribred: It has been years so I'm sure there is something I'm forgetting but... What can Enel's ship do? I remember that in the manga he goes to space with it, right? Can his ship do more than that?

This is quite too much for the DB side to handle. At least without Cronus they have hopes of doing something... Oh, wait. The OP also says that every saint that had a god cloth will be part of the fight so... There is a lot of HAX from team 1 that will be spammed.

Some real Seiya wank in here

1. The Hyperdimension does not have billions of galaxies such headcanon was never stated or shown anywhere.

What it actually says is "beyond ten billion lights", no mention of galaxies anywhere whatsoever. And what these "lights" are referring to is the stars in the galaxies (which is actually really consistent with the number of galaxies pictured, and more importantly the fact it literally zooms in on a few galaxies when saying this), as Saint Seiya has never used "lights" to describe galaxies, yet this is pretty much common poetic terminology for stars.

The spanish translation clearly says galaxies. Not to mention that in a manga you have very limited space per panel so you won't be able to draw exactly ten billion galaxies.
You aslo can't call the galaxies in the scan stars when they are being the most accurate possible to how an actual galaxy looks like.

Which is further indicated here when even a few chapters later when the Manga is still just fine at using the term "Galaxies" when it's actually intending to refer to galaxies, which the Hyperdimension phrase evidently wasn't.

Since you can't see the difference between a galaxy and a star...

The Galaxy where the entrance of the Elysium is.

Assuming the Hyperdimension has more than the few dozen or whatever number galaxies pictured on the page is complete unadulterated headcanon.

You yourself posted an scan that shows galaxies. No stars.

2. No Gold Cloth has ever tanked any Big Bang level attack, let alone 2 (lmfao). The notion that Saga and the rest actually tanked those 2 AEs during that clash is a false interpretation, since it's evident that the AE's never even detonated in the first place, and Gold Cloths are verbatim stated to not be able to tank AEs.

This is what an actual detonation of an AE looks like:

And for the record, this is just one Athena Exclamation, for the clash which was going to be two:

It's stated that not just this palace (which is putting into perspective what would happen with the detonation of just one), but all 12 palaces and the entire sanctuary could be wiped out.

1. The entire vicinity is completely intact aside from a few pillars falling down. Nothing has been destroyed or vaporized. It was stated that the detonation of just one AE would destroy the entire palace, yet the supposed detonation of two didn't didn't cause a fraction of that, because it never happened in the first place.

The continuous clash of the AE would destroy the sanctuary. The manga tell us that the clash of both AE would multiply before the clash even happens. Both sides were equal during the clash and burning their cosmos to overpower the oposite. If it wasn't for Shiryu, then the AE would have increased to the point of destroying the sanctuary.

2. The mushroom cloud explosion which is the explicit indicator of an AE's explosion never happens at all, further proving they didn't detonate and no one tanked an AE.

We know that the losing side was going to get hit by both of AE. Shiryu attacks Saga, Camus and Shura. We also have Shura telling us that they would be blown away because Shiryu was helping Mu, Aioria and Milo.

3. Even Shiryu, who was verbatim stated to not be able to survive even the side effects of the maelstrom of an AE (let alone the actual explosion), survives.

It wouldn't be the first time when a manga/anime tell us that a character won't survive something, only to show us that said character indeed survived.

Paying attention to the manga and looking at the surrounding context it's clear what happened though:

Shiryu uses Rising Dragon Blow and blows away Saga and the others (the perpetrators of the AEs), causing the AE's to subside and the clash to stop, causing, as we're evidently shown, no explosion of the AEs and everything is intact.

Shiryu attacks Saga and the others, ruining their stance. The two AE detonate, damaging the temple from the inside and sending Shiryu flying through the ceiling with his cloth very damaged.

And this is also confirmed by Canon, who says everything would be destroyed, and after Shiryu stops it confirms that the clashes have outright stopped and everything is at peace (further debunking the notion of AEs actually going off)

I already explained that the continious clash of both AE could have caused the destruction of the sanctuary and not just the impact of both. If both AE could do that instally, then we wouldn't have seen both parties putting everything they have to overpower the other. They were equal and burning their cosmo continuously.

Kanon never says that everything would be destroyed... Are you talking about Saga? I know they are twins but they are slightly different.

No one tanked any sort of Big Bang level attack here.

Saga, Camus and Shura did.

The fact this is misconception even is a thing is honestly just absurd, considering it was confirmed just a chapter earlier Gold Cloths aren't anywhere near this level of durability:

Those scans never mention that the cloths wouldn't survive that level of damage. Those are scans of Shaka, who told Saga, Camus and Shura that the only way to defeat him was to use AE. The whole point of that it was so Shaka could enter into the Underworld.

Shiryu at that point of the story was around the same level as the gold saints. Yet we see Mu telling Shiryu that his body wouldn't resist without a Gold Cloth.

The entire story of the chapter is Shaka (a top tier Gold Cloth), letting himself get hit by the AE specifically because it would destroy him.

He wanted to get hit and die by it, yes.

To which it's confirmed by a Gold Saint himself that there wouldn't even be dust or ash left from a Gold Cloth being hit by an AE.

The gold saints knew about AE but they never used it since it is against their honor (Which is a dumb reason to not use a strong technique if you ask me). They heard that the AE wouldn't have left dust or ashes but they never used it before Shaka's fight to really know if that was the result. This was mostly Shura's assumption of what would happen.

Shaka did died, yes. It was only his body what was destroyed by the AE. Saga here says that his soul returned to the garden. If his cloth would have been destroyed, then his soul wouldn't have appeared with it since they can only be repaired with blood (Or by themselves if the damage is not too much. But that takes time). Not to mention that when Shaka is in the Underworld, we see him wearing his Virgo Cloth. Not wearing a monk outfit or being in underwear. If his cloth would have been destroyed by the AE then the ashes of it should have stayed at the Virgo Temple.

Which is indeed, exactly what happened. Next to none of the Gold Saints are even close to universal in power nor durability.

I have seen you going from thread to thread related to saint seiya with the objective of downplaying them. So your credibility on topics related to the verse itself is questionable if we are kind.

@jonathancarlton: How much of an amp that would be? It would be the same from what I said about him having an amp from Parallax. He is clearly going to be stronger but how much stronger is he going to be?

I would say it would amp him to the same level as the feat that pulled against The World Forger, when Superman shattered The World Forger's multiverse after Superman flew through many yellow suns.

That would give Superman a massive stat advantaje. Not to mention he had a whole year to gain all that energy so it should even be higher. The first attack from a Superman that boosted would kill Seiya. But you didn't add win conditions here so depending if you change that or not, two things could happen.