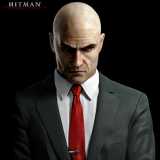 actually he has some of god's powers

both team has one day prep. who wins?

Tony stark summons his iron man suits like in Iron man 3 to attack the Hulk with the help of iron patriot. Like in iron man 3 he can jump from one suit to another. Will iron man take down the hulk.(Avengers version of the hulk).

Professor Xavier has one day prep for the x-men team. He is not fighting with the x-men. baron zemo has two day prep. Which team wins. persons in the pics are fighting except Professor Xavier. (Avengers:earth's mightiest heroes and wolverine and the x-men versions) Could go either way

Masters of Evil lose, mainly due to Flash

still tough since they have enchantress in their team

The Justice league unlimited has used some teams to fight each of the heralds and to destroy the devices that would help Galactus consume the earth(based on Avengers: Earth's Mightiest animated episode" Avengers Assembele")animated version of each character.

Does all team win annd why? they are all cartoon versions(flash only using regular speed)