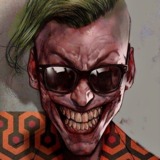 "A great man is never willing to be little" 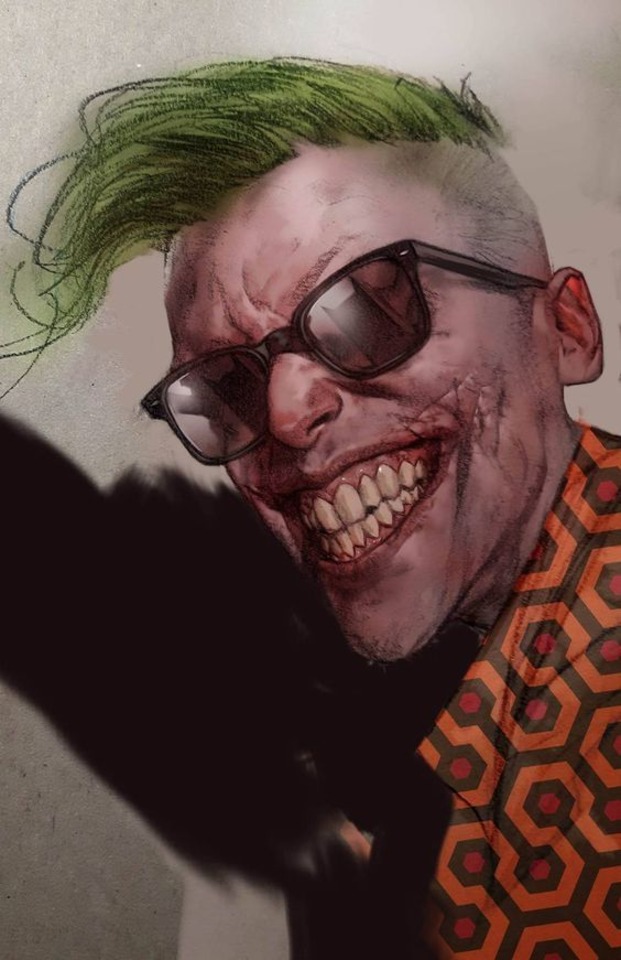 "I skipped jail and lived to tell about it"

None know the Pale Man's name. Only what he is. A man with hair as green as the weeds that drag corpses to the dark. And skin so white it's as though he does not react to the sun. His grin as wide like a saucer, and his heart bent on money, power and fear. And he chose America.

The Realest Guy In The Room - Psychological Profile

The Bogeyman's body is odd. He holds dominion over his own body, capable of freely manipulating his own body structure. Doing so allows him to extend and contort his limbs, or fit into small spaces such as sliding through the grate of an air vent. When prompted, he can absorb objects unto himself, sucking them into his flesh and shooting them back e.g. bullets. Furthermore, his cells are capable of releasing a digestive fluid that consumes the cells of his victims, allowing him to consume and digest his foes by establishing physical contact and secreting said fluid. He also possesses the power to release chunks of his own flesh in the form of odd albino leeches which latch onto the flesh of his victims and absorb their bodily fluids. Perhaps most disturbing however, is his blood. For whatever reason, the Stranger's blood possesses several twisted and perverted qualities.

Primarily however, it is an affliction that the Bogeyman's blood carries, a perversion, a physical corruption transmitted through contact with his blood or objects stained in his blood. Contact with the Bogeyman's blood however, does not automatically transmit the affliction, it depends on the strength of his foe's immune system. Still, it is a sickness that when contracted by the ordinary human, sees them die within days if not treated. The effects of this sickness are not entirely known as they vary. At times the victim may simply waste away, suffering an excruciating and painful death. Their bones are made to push out violently against the skin, and their body begins an agonizing decay, eroding the skin as organs break down into organic puss. Other times however, black sacs holding rotting puss may form on the flesh as the skin grays and decays, and the body emaciates as the victim's sense of self slowly slips away. And perhaps even rarer still, sometimes the eyes disappear, leaving behind empty sockets covered in folds of blackened and rotting skin while the body slims down.

The Bogeyman also seems to be immune to all known diseases and toxins, and has exhibited a strong resistance to chemical burns.

Though they appear to be ordinary playing cards, the Bogeyman's cards are an abnormality and seem to be created by him through some unknown biological process. With them, he can accomplish any number of things. They're rumored to be made from the consumed psyches of his victims as the illustrations on his cards bear a strong resemblance to those he's consumed. They exude a strange black oil (in actuality, his blood) when touched by anyone other than himself. Primarily however, these cards serve as a means of somehow broadcasting his presence in an area.

Often leaving them in obscure areas that'll likely go unnoticed by anyone nearby, the cards allow him to observe events in their vicinity as well as cast a sensation of dread, hopelessness and depression across the area they're left in. The cards however, cast this presence to a lesser degree than the Bogeyman's actual physical body, and therefore the sensation of dread etc. are weaker.